Technology is something that is long associated with the auto industry. Car makers always come up with awesome new features and gadgets to make our life on the road enjoyable, easier and safer. 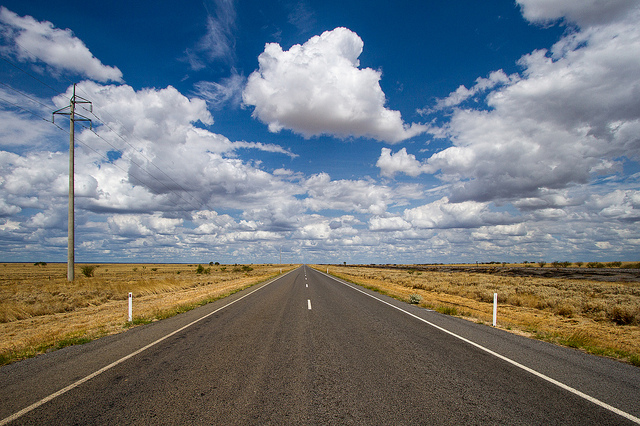 But technology isn’t as fast-paced with road infrastructure. Asphalt roads have, for the most part, remained unchanged for several decades. The good news is that roads of the future will be better for tomorrow’s motorists. Here are some reasons why:

They will be better in cold weather

Today’s roads are often made from asphalt, a petroleum-based product. The thing about asphalt road surfaces is that they are useless in cold weather.

When the temperatures outside drop below freezing, the surface is akin to an ice rink! It’s up to county highway departments to ensure major trunk roads are clear of ice and snow. The trouble is, conventional methods of clearing roads are often cumbersome and expensive.

A better solution would be one where the roads don’t need clearing, and are cheaper to install and maintain. Some parts of the United States, such as Colorado, are experimenting!

They have laid heated roads and sidewalks. During the colder months of the year, major public routes get heated. It makes them safer and offers a more comfortable walking and driving experience.

A recent news article even suggests that roads of the future could use “glow in the dark” paint. When the roads get to a certain temperature, “ice” symbols will appear on the ground. Those symbols can warn motorists to take extra care in the icy conditions.

They could help charge electric vehicles

Most of today’s electric vehicles have to get charged from a fixed point. Dedicated public charging points are sparse, especially if you live in a remote part of the country. The only way to charge an electric vehicle would be at home.

But what if roads of the future could charge electric vehicles as they travel? According to Phil at cardealwarehouse.co.uk, the technology for it already exists today.

Wireless charging is still in its infancy but is already popular with gadget enthusiasts. The town of Milton Keynes, England, is trialling electric buses with wireless charging technology.

Tomorrow’s roads could offer similar facilities for all electric vehicles. Such technology could even be sustainable with solar power. It would reduce the burden on the nation’s purse strings and have little impact on electricity generation.

The roads of tomorrow could even offer help for drivers. For instance, they could “communicate” with your car and tell you where you are. They could offer Wi-Fi Internet access, even if you were travelling in a remote area.

Those examples are just some of the limitless possibilities for tomorrow’s roads. We are only limited by our imagination and budget.

What are your thoughts on this topic? Do let us know!