Chances are you’ve seen the latest round of adverts for Land Rover. These commercials celebrate individuals who embody the company’s tough spirit and rugged image. It’s no surprise that Land Rover wants to make the most of this image. It’s a great way to sell 4×4 cars. These four-wheel-drive machines are the speciality of Land Rover. That’s what we all think of when we hear that famous name. 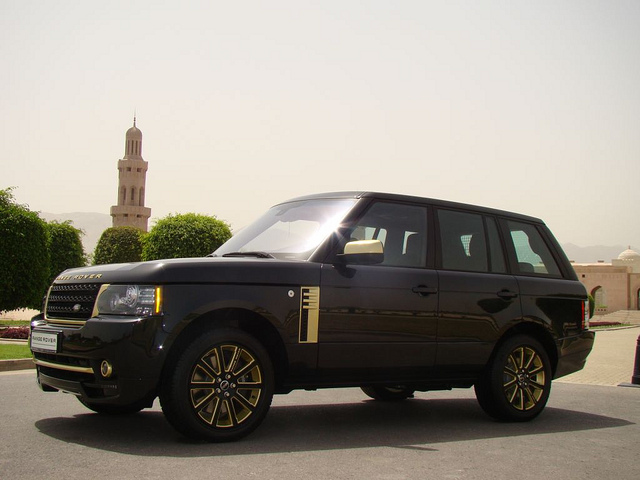 I don’t know about you, but I always feel jealous when I see somebody go by in a Land Rover. They just have that air of quality and superiority, don’t they? I think that’s because of the company’s military connections. Anyone driving around in a massive Land Rover looks like they could win the war all by themselves! The driving position is also key to that impression. You’re not going to mess with someone who looks like they’re sitting about forty feet off the ground. That height means that Land Rover drivers dominate the road. They also have great visibility. It’s easy to feel confident when you can see every inch of the scene around you.

You’ll feel safe in a Land Rover, too. The Defender model is one of the safest cars on the road today. That’s bound to reassure any nervous passengers. The company cares about build quality and passenger safety. Anyone in a Land Rover is surrounded by quality equipment and finishings. Some big 4x4s can feel tacky and cheap on the inside. The manufacturers cut corners to increase their profit margins. You can’t say that of Land Rover. They feel like cars that professionals have worked hard to construct. You don’t get that feeling from any old car.

It’s incredible that Land Rover is still able to produce vehicles of this quality. The company’s various owners have shunted Land Rover around an awful lot in recent years. Until 1986, British Leyland owned Land Rover. After that, Rover owned the company. BMW then bought Rover and sold Land Rover to the Ford Motor Company in 2000. That deal didn’t last long – Land Rover ended up in the hands of the Indian company Tata by 2008. Has all that confused you? Imagine how it felt inside the company! It’s a miracle that they managed to make any cars at all, let alone cars that lead the way in the 4×4 market.

There are a few different types of Land Rover, but the flagship model is the Range Rover. It’s a vehicle that leads the way for all modern 4x4s. It offers great off road performance and fantastic interior comfort. You can’t do better than a Range Rover. You should try and customise your model – all sorts of gadgets and gizmos are available. New models are expensive but well worth it – or you could pick up a used one from Saxton 4×4. The Range Rover is a testament to Land Rover’s majestic past, as well as a symbol of its modern, positive future.

Anyone who wants to dominate the road and make a charge on rugged terrain should take a look at Land Rover. They’re the market leader for good reason. You won’t find a better 4×4 anywhere. Get down to your nearest showroom as soon as you can.