Whatever the surrounding details, you’ve been pulled over and you’re now facing a cold, hard DUI charge. If you simply ignore it, you could be facing a serious fine and possibly jail time. If you fight it the wrong way, you’ll face more or less the same consequences. While it’s too late to avoid the arrest and charge, you can still challenge your DUI charge effectively. Here’s some of the ways you can do this. 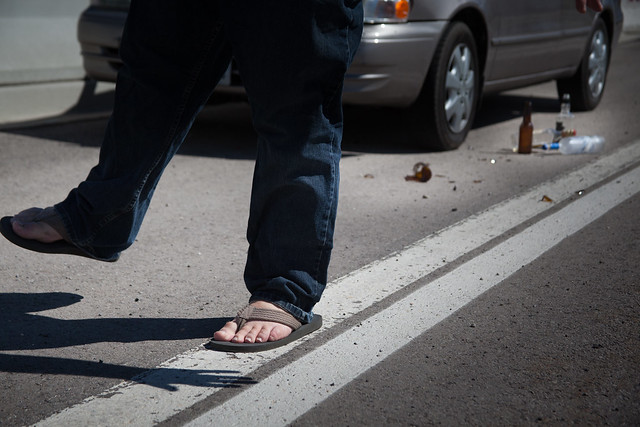 One effective method of fighting a DUI charge is disputing the suspicion that you were ever under the influence. When they’re making the stop, a police officer will be very tuned into your appearance and behaviour. They may note bloodshot eyes, slurred speech, or poor motor skills. However, some of the evidence they can include in the report may not have been related to alcohol at all. These can include the side effects of prescribed medication, the medical condition in itself, or the use of certain over-the-counter products like mouthwash. In some cases, it may be possible for you to dispute the evidence in the police report, prove that it wasn’t present at all, and discredit the report. Aside from choosing the right DUI attorney, verifying everything in the police report is the most important phase of fighting your case.

Another effective tactic can be disputing the efficacy of any sobriety tests that were involved. It’s pretty common for police officers to carry out field sobriety tests in the course of a DUI investigation. Some of these, like being able to recite the alphabet or touch your nose, have been proven to be completely unreliable. Even if the arresting officer makes you perform a standardised test, there can be certain factors which will make you perform poorly. Being overweight or having another physical ailment is a common one. Poor weather or footing conditions have also got many people off of DUI charges. Proving that you were wearing restrictive clothing can also make all the difference in your case. Try to remember all the details about any field sobriety tests, and talk to your lawyer about how they could play to your advantage.

Finally, trying to show that an arrest at a DUI checkpoint was illegal. You may not know it, but DUI checkpoints have been the subject of legal controversy for a long time. There have been dozens of cases disputing how constitutional these stops are, with many attorneys arguing that these stops infringed the defendant’s fourth amendment rights. Although checkpoints are protected by the supreme court, the circumstances in which police set up roadblocks are a different story. The safety of any drivers approaching the check has to be assured. This means that there has to be adequate lighting and enough notice that there’s a roadblock ahead. You have to have been stopped according to a uniform procedure, too. For example, if your car was the only one to be stopped in a queue of ten, this can certainly be disputed. Your constitutional privacy also has to be upheld throughout the stop.