Apple and BMW may eventually have more in common than just some features in your car’s infotainment system. Sources for both Reuters and Manager Magazin understand that the two companies have had “exploratory talks,” including a trip by Apple executives to Leipzig to see how BMW builds the i3. 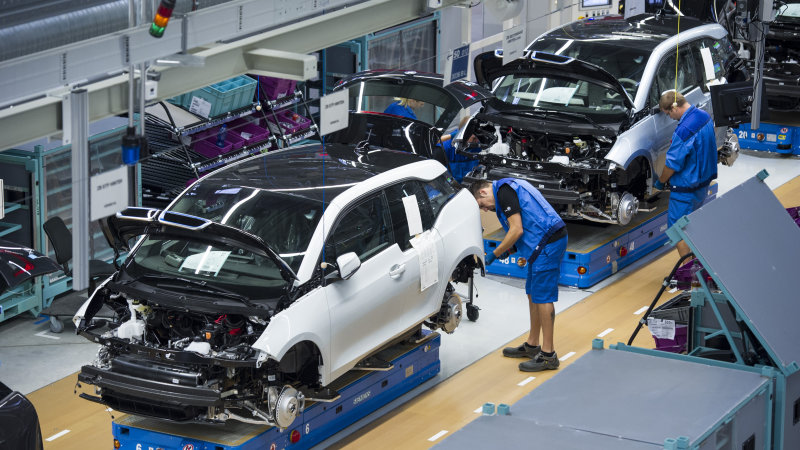 Apple reportedly likes that BMW rethought the conventional car manufacturing process for its electric vehicle, and might use what it learned to help make its own EV. While BMW claims that there aren’t any active talks about jointly developing a car, a Reuters tipster hears that the firms may revive talks (not necessarily to co-produce a vehicle) later on.

Not surprisingly, BMW is cautious about any deals. Research lead Klaus Froehlich says the doesn’t want to “open [its] ecosystems” to a potential rival. However, it’s hard to see the two avoiding each other when they could both use each other’s help.

Apple knows a lot about user interfaces and integrating mobile technology into cars, but it’s a newcomer in creating the cars themselves – that’s part of why it’s hiring so many auto industry veterans. Meanwhile, BMW knows that it can only do so much to accommodate connected devices without collaborations. You probably won’t see an Apple-designed Beemer or an Apple car with loads of BMW-sourced parts, but there’s still lots of potential for the corporations to influence each other.