This new site will contain the cheapest cars anywhere in the UK; spread over 12 acres, the lot will contain 1,200 cars and will be open seven days a week. 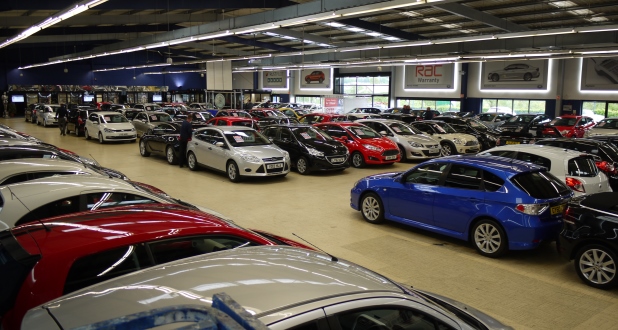 Set to open April 14th, The Trade Centre UK will create over 200 new jobs for the local community across sales, administration and vehicle preparation. Councillor Paul Moore, cabinet member for regeneration in Sandwell, said of the news: “This is great news and I’m delighted to welcome Trade Centre Wales to Wednesbury. It’s fantastic to hear about the 200 jobs that will be created.”

Trade Centre Wales will invest heavily in upgrading the current facility in the West Midlands to accommodate the company’s impeccable standards. Although the group’s headquarters are based in Neath, the new superstore in Wednesbury will act as the central retail operation and central preparation facility for any additional stores.

Andy Coulthurst, chief executive of The Trade Centre Wales, said of this: “This is an exciting step for The Trade Centre Wales as we expand our geographical footprint into England for the first time.The premises in the West Midlands needs total reconfiguration to suit our concept and customer-centric process, as we invest heavily in creating facilities that optimise the customer experience.”

The firm will also be investing heavily in a marketing campaign to promote their car finance and CanCan Car Finance brands across the region and the UK through substantial TV, radio, outdoor, print and digital campaigns. Although the company is making these adjustments to the brand, Trade Centre UK aims to replicate the successful ‘hub and spoke’ strategy that is currently operational in the South Wales Neath, Merthyr Tydfil and newly opened Abercynon retail sites.

Speaking on the relationship between the Welsh and new English division, Andy Coulthurst said:

‘Our financial services division, including CanCan Car Finance, will relocate to our brand-new facility at Abercynon in December, doubling the capacity ahead of the new site launch. Meanwhile, our Training Academy, also based in Abercynon, is busy preparing for a new round of recruitment and inductions.’

‘At the same time, we are investing £900,000 in retro-fitting Neath and Merthyr ahead of year end.’

‘We recruited 85 staff for our Abercynon store opening, with only a handful of the team having any prior motor trade experience, and their performance has been exceptional.’

‘We are confident that our first store in the West Midlands will be well received by value-driven car shoppers, and we look forward to the journey of establishing the brands as household names in the region, as we have done so successfully in Wales.’

The Trade Centre Wales, established in 1999, located at Neath, Merthyr and Abercynon, is owned privately by Chairman, Mark Bailey; turnover for 2016 was forecast at more than £100m.