For a movie ostensibly about escaping dinosaurs that were running amok, the makers of Jurassic Worldcertainly weren’t afraid to include some vehicular eye-candy with all of the special effects. The film devoted some screen time to a host of rugged products from Mercedes-Benz, including a debut for the GLE-Class Coupe. However, when it came time for Chris Pratt to saddle up on two wheels to ride with some raptors he eschewed German power in favor a custom Triumph Scrambler. Starting July 23rd that bike is hitting the auction block on eBay to raise cash for a very manly charity. 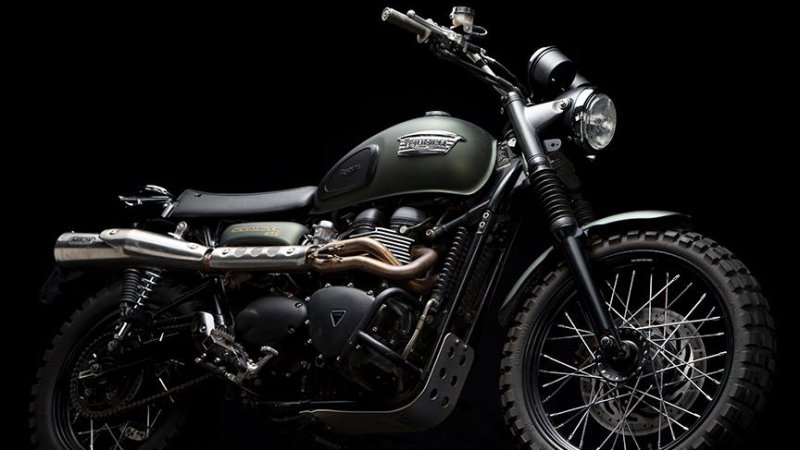 According to Triumph Motorcycles, the auction is running for 10 days and kicks off at 2:00 PM EDT on the 23rd. In addition to the special bike, the lucky winner also gets a certificate of authenticity to prove to friends that this is the cycle from one of the summer’s biggest films. The sale’s proceeds go to The Distinguished Gentleman’s Ride – a charity that brings classic motorcycles and well-dressed men together in cities worldwide to support prostate cancer research.

The buyer probably won’t see another bike quite like this one coming down the street, either. There were just three custom Scramblers made for Jurassic World, according to Motorcycle USA. After the movie wrapped, one of them was given to Chris Pratt, another went on display at the Triumph headquarters, and this one was the third.