Internet leaks are worth about as much as you pay for them. Sometimes they’re legit, sometimes they’re just completely made-up garbage. Which is why we’re treating this one extra-cautiously: A document just posted to Mustang6g.com claiming the 2020 Shelby Mustang GT500 will make 720 horses and 650 lb-ft of torque. 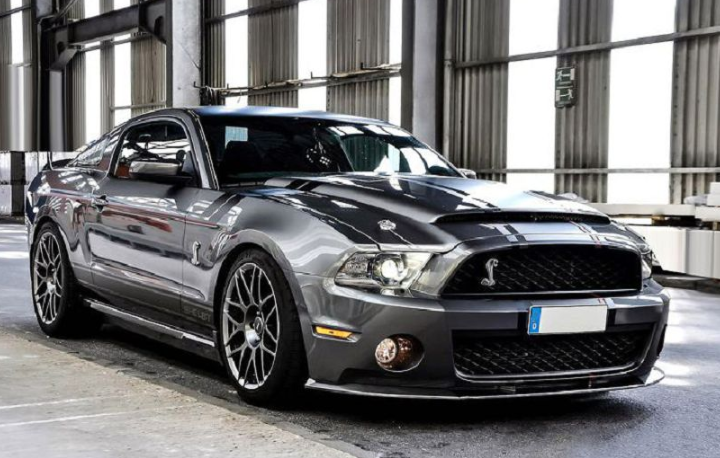 So, right off the bat, the power and torque figures are the biggest items we glean from this document. The alleged leak says the GT500 will use a supercharged 5.2-liter V8 spinning to 7500 RPM, with peak horsepower right at redline and peak torque coming at 4500 RPM.

But the closer you look at this document, the weirder things get. This looks like it’s meant to resemble some sort of internal engineering document, or perhaps a government vehicle homologation document. But it’s riddled with errors: At the top left corner, “petrol” is misspelled “patrol”; the power rating of 750 hp is listed in an entry where units are indicated as kW. “Trailer” is misspelled as “trailor.” These are not the kind of mistakes you’d see on an automaker’s internal document, nor on an official government regulatory piece of paperwork.

And some of these numbers have us scratching our heads. Vehicle curb weight is listed as 4225 lbs. A 2019 Mustang GT’s curb weight is 3705lbs; it’s hard to fathom where an extra 520 lbs would come from, even after considering the addition of a supercharger and the required cooling equipment.

Still, Ford has said in the past that the GT500 would have “over 700 horsepower.” And the 190-mph top speed listed on this document definitely sounds realistic. We reached out to a Ford spokesperson with these claims; the spokesperson declined to comment.

So let’s call this an unconfirmed rumor that sounds at least partially plausible. Just don’t forget: You can’t believe everything you read on the internet.