As you’ve no doubt noticed, we’re deep, deep into coverage of the 2015 New York Auto Show. But despite the glitz and glamor of the Big Apple, our attention is also draw to Asia today, where Kia has introduced the handsome Novo Concept at the 2015 Seoul Motor Show. 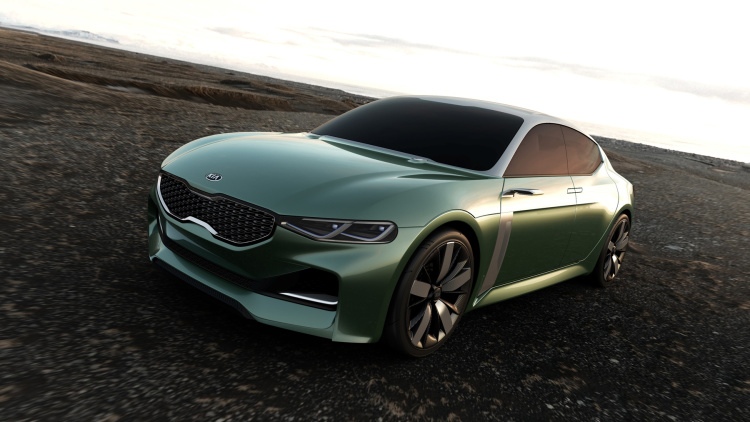 Powered by a 1.6-liter, turbocharged four-cylinder and with a seven-speed dual-clutch transmission shipping power to the front wheels, the Novo’s powertrain is not unlike what we saw yesterday in the 2016 Optima. Of course, that’s the extent of the technical details, as the Novo is far more of a design exercise than a tech demonstrator.

Taking its name from the Latin for “to make new,” the Novo was designed by Kia’s team in Namyang, South Korea. Billed as a four-door coupe – as is the trend nowadays – the Novo rides on a version of the company’s C-segment platform, giving some idea of its size.

Kia’s hallmark “tiger nose” grille is flanked by laser headlights, and is the most obvious tie-in to the brand’s current design language, while other elements, like its fastback profile and pillar-less greenhouse are add some spice to the visuals. Those compact rear doors are hinged at the rear. Meanwhile, a vertical side grille, reminiscent of the early Jaguar XF, meets a strong shoulder line that extends from the headlights and terminates in the middle of the rear door.

Kia has released a spate of images of the new car, which accompanies the company’s design-oriented press release. Head down and take a look.