The 2017 Chrysler Pacifica gets 28 miles per gallon fuel economy on the highway, 18 mpg city, and 22 mpg combined, according to the government’s newly announced estimates. 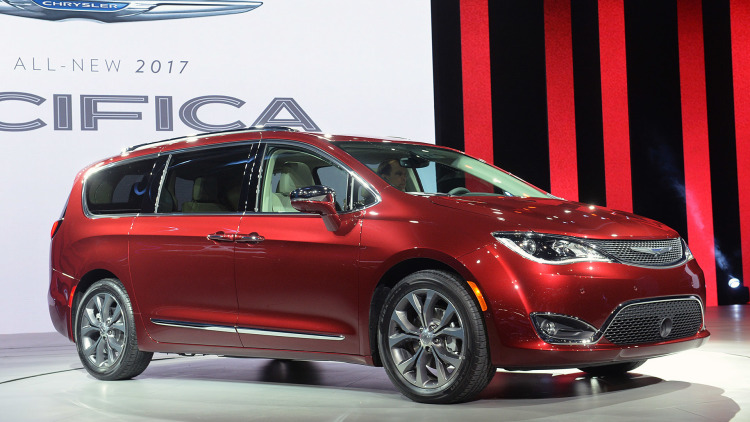 Those figures compare well to the 2016 Town & Country’s EPA rating of 25 mpg highway, 17 mpg city, and 20 mpg combined. They also make the new minivan among the most efficient models in its class, although not quite the king.

These fuel economy figures only apply to the 2017 Pacifica with the 3.6-liter V6, which makes 287 horsepower and 262 pound-feet of torque, and the nine-speed automatic. We will have to wait until the second half of the year to find out how the plug-in hybrid performs, but the brand believes at least 80 MPGe is possible. Chrysleralso plans to make stop-start available later, which will increase real-world fuel numbers.

Compared to the currently on-sale competitors, the 2017 Pacifica is among the top, but there are two clear rivals. The 2016 Honda Odyssey has EPA ratings of 28/19/22. Those figures match the Chrysler on the highway and combined, but beat it by one mpg in the city. The other challenger is the 2016 Nissan Quest at 27/20/23. The Nissan wins by two mpg in the city and one mpg combined, but the Pacifica wins by one on the highway.

According to Fueleconomy.gov, the front-wheel drive Toyota Sienna and Kia Sedona match the Pacifica’s 18 mpg city rating, but they can’t beat its combined or highway numbers.