With these spy shots of the 2017 Mercedes-Benz E-Class we can see the circle is nearly complete: once it arrives, Mercedes will sell the same car in three different lengths. 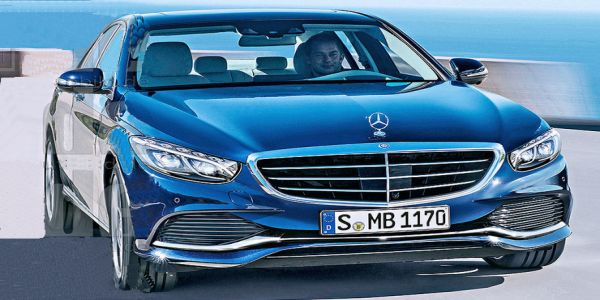 To quote our spy photographers, “The new E-Class is a smaller S-Class. Of if you rather like it the other way around, a bigger C-Class.”The E-Class makes its debut at the 2016 North American International Auto Show in Detroit in a couple of months. Being the latest reveal it will also bringing a thick folio of Daimler’s technology with it, such as Vehicle-to-X communication, remote control parking via a smartphone app,

Adaptive cruise control that sets the speed based on road signs, an air bladder that pushes front-seat occupants towards the center of the car before a side impact, an audio system that triggers your eardrum’s reflexes to prevent hearing damage in a crash, and NFC-based unlock and vehicle start using your smartphone. For starters. Good luck picking it out from its stablemates, though. The video below captures the car in motion.