As it currently stands, the land-speed record for two-wheeled vehicles at the Bonneville Salt Flats stands at 376.36 miles per hour. That mark was set in 2010 by the Ack Attack team, using power derived from Suzuki. This year, well-known motorcycle rider and television personality Guy Martin hopes to top that figure. 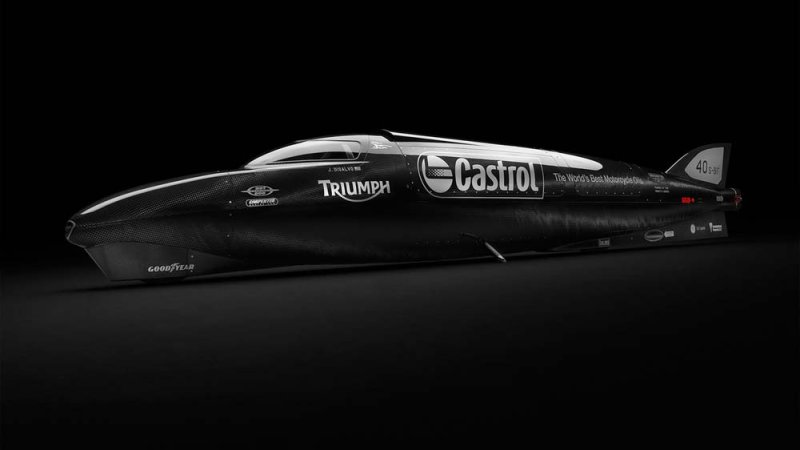 If Guy Martin and Triumph reach their 400-mph goal, they will set a new land-speed record. The vehicle with which they hope to hit that landmark is powered by two turbocharged Rocket III engines, pushing out a combined 1,000 horsepower. Those engines are housed in a high-tech and super-slippery streamliner body.

There’s a little more than a month left before the Bonneville Salt Flats host the latest round of land-speed record attempts. We wish Guy and Triumph well in their endeavors. For all the details, scroll down below.