Jaguar will celebrate its exciting future and rich, 80-year heritage at the 2015 Frankfurt IAA, with a dramatic reveal of the all-new Jaguar F-PACE. The Jaguar F-PACE will be the first ever performance crossover from the famous British luxury and sports car marque. 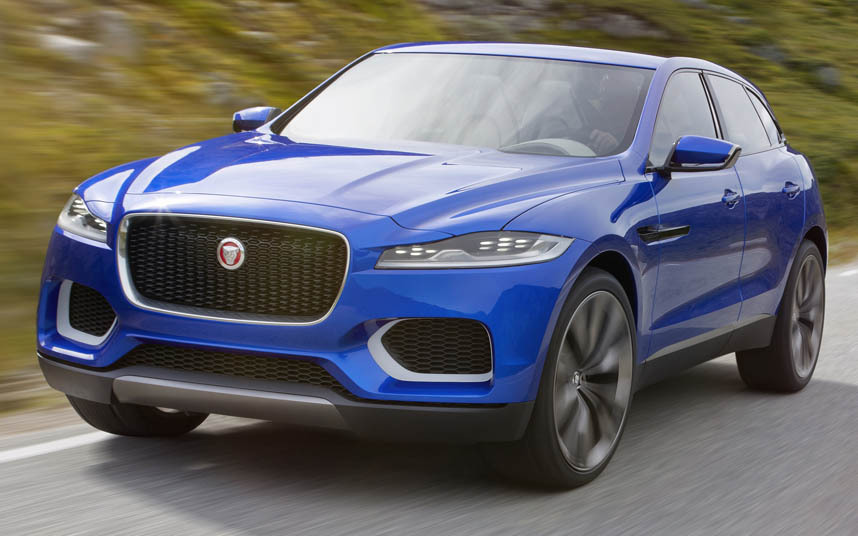 The stunning new F-PACE, which will be available to view on the Jaguar stand throughout the show (17 – 27 September), is previewed today with the release of an exclusive image and film.

Camouflaged prototypes have already been seen proving the all-new F-PACE’s everyday usability and exceptional ride and handling by supporting Team Sky on the Tour de France, enduring more than a quarter of a million miles of extreme testing at JLR test centres Dubai and Northern Sweden, and tackling some of the most challenging roads in world. This is a performance crossover designed for those who love driving.

The world-first reveal moment planned for Jaguar’s first performance crossover will showcase the agility and lightweight credentials of this all-new model. A film capturing all the action will be available at www.jaguar.com from 20:15hrs CEST. Social media users tracking the event live will see updates online using the hashtag #FPACE

Kevin Stride, Jaguar Land Rover Vehicle Line Director: “2015 is Jaguar’s 80th anniversary and it has been a monumental year of transformation for the brand. First, with the introduction of the innovative Jaguar XE and followed closely by the class-leading all-new XF. Today is a proud moment for Jaguar as we launch the F-PACE, our first performance crossover.”

The all-new Jaguar F-PACE will be joined on the Frankfurt show stand by a trio of new Jaguar products – the enhanced 2016 Jaguar XJ and the all-new XF, which will both be available to view in retailers across Europe from September, along with the award-winning new Jaguar XE.

The 2016 Jaguar F-TYPE range, which now includes All-Wheel Drive and manual transmission options in Coupé and Convertible body styles, will also star at the show.

Full details of the all-new Jaguar F-PACE, including technical data and pricing will be confirmed on press day at the Frankfurt IAA – 15 September at 10:30hrs CEST.

The all-new Jaguar F-PACE will go on sale worldwide from 2016.