If a rumored GLB-Class comes to fruition, Mercedes-Benz may give the GLA-Class a slightly larger sibling with more traditional SUV styling cues. 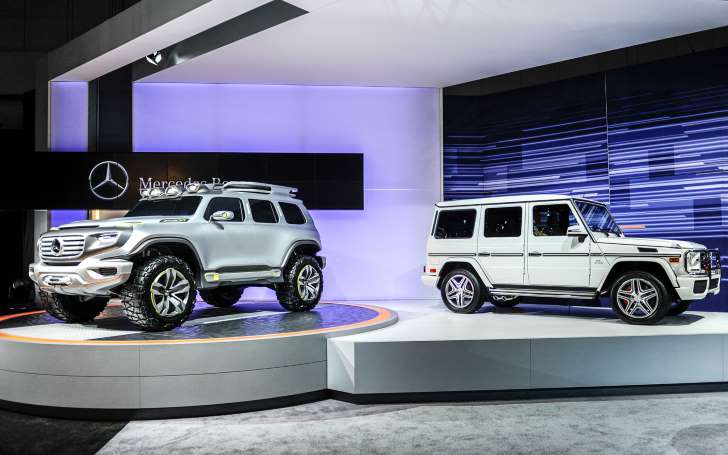 According to Autocar, the alleged GLB-Class would take elements of the mighty G-Class’ styling and downsize them to fit the subcompact luxury crossover market, a space currently occupied by the Audi Q3, BMW X1, and Benz’s own GLA-Class. Given the GLA’s segment-competitive overall length, wheelbase, and width, the GLB-Class would likely be sized a bit larger than most of its competition, particularly in overall height thanks to that Gelandewagen-inspired styling. Mercedes-Benz designers will likely offer a vehicle that takes inspiration from the Ener-G-Force concept from 2015, pictured above.

The GLB could also receive an AMG variant, likely with a new turbocharged I-4 engine that produces at least 400 hp. Such a model would likely be the most powerful small crossover on the market, putting the hurt on larger competitors like the Jaguar F-Pace and Porsche Macan. Autocar also claims the GLB’s platform is flexible enough to allow for a long-wheelbase seven-seater, a la Volkswagen Tiguan.

Its size would peg the GLB-Class would as a tweener crossover between the GLA and GLC. This would allow Benz to downsize the GLA even more for the entry-luxury market, while pushing the GLC further up the chain. This also might give the company incentive to introduce expensive Maybach and AMG versions of the GLC, giving well-heeled buyers plenty of Mercedes-branded options.

With the recently refreshed 2018 GLA-Class hitting dealers soon, we don’t expect the GLB to hit the show circuit until next year, with production models coming for the 2020 model year. Given the impressive sales performance of just about every luxury crossover on the market today, expect the GLB to quickly become one of Mercedes-Benz’s top-selling models.