Audi have a reputation for quality, reliability, and style. Their entire range is meticulously crafted, and full of power. Audi merge practicality with ferocity. Best of all, they understand the essence and excitement of driving. Today, we’re taking a trip through their 2016 lineup, and getting to know their range. Let’s take a closer look. 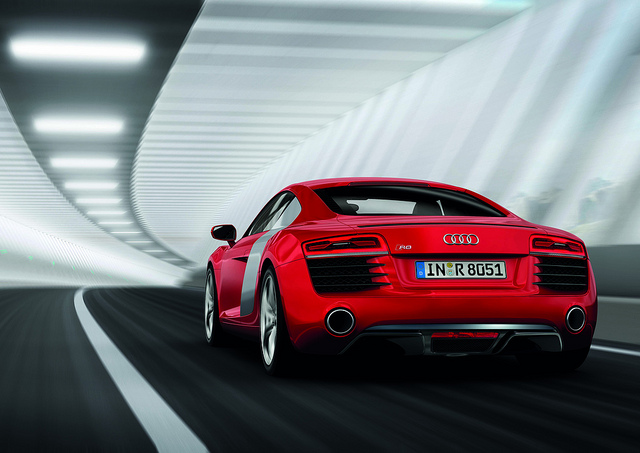 The A1 is Audi’s foray into the supermini territory. Competing with the Volkswagen Polo, Ford Focus, and the Mini. It’s an unusual step for Audi, but they’re clearly looking to muscle into the very popular arena. The car itself is impeccably built; it feels more solid than some of its competitors. But, it’s also more expensive. If you’re looking for a premium small car, this is the perfect option.

The A3 is an intriguing car indeed. Advertised (and priced) firmly in the executive range, it’s actually more of a hatchback than a saloon. However, this careful breed of small practicality and refined driving is clearly working for Audi. It’s one of its best sellers, and holds its own against the BMWs and Mercs in the same class.

The proper executive range starts with the A4, rising through to the premium A6. These are the mid-range everyday cars that are Audi’s bread and butter. Simple, classic, familiar, these cars dominate our motorways. Regularly used as business and company cars, these three models remain among the best in their class. Search for an Audi dealership, and you can get behind the wheel with a test drive. If you’ve got a bit more cash to spend, you could even look at the A7 Sportback or the A8 saloon.

The Q range is Audi’s answer to the SUV and 4x4s. The Q3 is the smallest and cheapest option. Despite that, it’s still a powerful and formidable model in its range. Meanwhile, the Q5 is the most popular model, competing directly with the class leader, Land Rover Discovery. Right at the top of the range is the impressive Q7. This is a truly beautiful car, with more technology than you knew existed. It boasts a five-star safety rating too.

The TT is Audi’s flagship roadster. It is still one of the most popular sports cars on the road; not to mention one of the best. The 2016 model introduces Audi’s unique digital dashboard, which is a revolution for built-in tech. The TT still has that iconic, crouching tiger design, though it has certainly grown fiercer over the years. Choose from the modest Coupe and the no-holds-barred Roadster option.

Saving the best ‘til last, the Audi R8 might just be the finest sports car on the planet. The latest V10 Plus model takes it into supercar territory, competing right alongside Lamborghini. Only, the R8 knows how to drive on real roads as well as the race track. It’s the most drivable supercar in the world, though (unfortunately) you probably can’t afford it!

2016 is looking very promising indeed for the folks at Audi. If you’re an Audi driver, we’d love your feedback on any of these models.