Have you been sleepless ever since the Hummer H1 went out of production eleven years ago? Happen to live in China? Feeling a strong desire for an ancient military truck that isn’t built in Austria? You’re in luck, because VLF Automotive has just re-launched the H1, the behemoth they need to refer to as the Humvee C-Series due to GM still owning the Hummer brand despite killing it off in 2010. 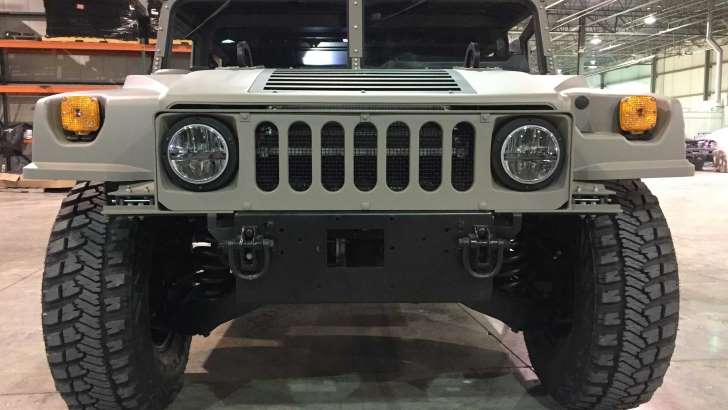 As our pals at Car and Driver report, the company run by Bob Lutz, Gilbert Villarreal and Henrik Fisker teamed up with Humvee Export, a five-person collaboration of Humvee enthusiasts and entrepreneurs based in Michigan to capitalize on a niche market in China. After AM General continued to offer C-Series trucks without powertrains, Humvee Export was formed to complete the jobs and ship those brand new 5mpg off-roaders to fun-loving countries all over the world, except for America.

The C-Series doesn’t fall under the recently passed Low Volume Motor Vehicle Manufacturers Act in the USA purely because it didn’t go out of production. That means VLF would need to certify it again, and that’s just not an option when it comes to a 25-year-old relic such as the H1.

Still, now that VLF will take over the manufacturing, the Asia-bound H1s will be available in three trim levels-Bravo, Charlie, and Delta-include varying levels of luxury, as well as four engine choices. Old school customers can have the ancient 6.5 diesel in three tunes, while those who really, really don’t care about fuel economy can opt for an LS3 V8 packing 430 horsepower and 424 lb-ft of torque. Just perfect for a crowded megacity like Beijing.