While the manufacturers of driverless cars are still struggling to convince the public of their worth, driverless technology in the farming world has been moving from strength to strength. During the past summer, CNH industrial revealed a new, more advanced autonomous tractor, one which can be integrated seamlessly into a farmer’s current fleet and can provide round the clock assistance. So what specific applications can such advanced equipment provide farmers and who can it translate to the general public? 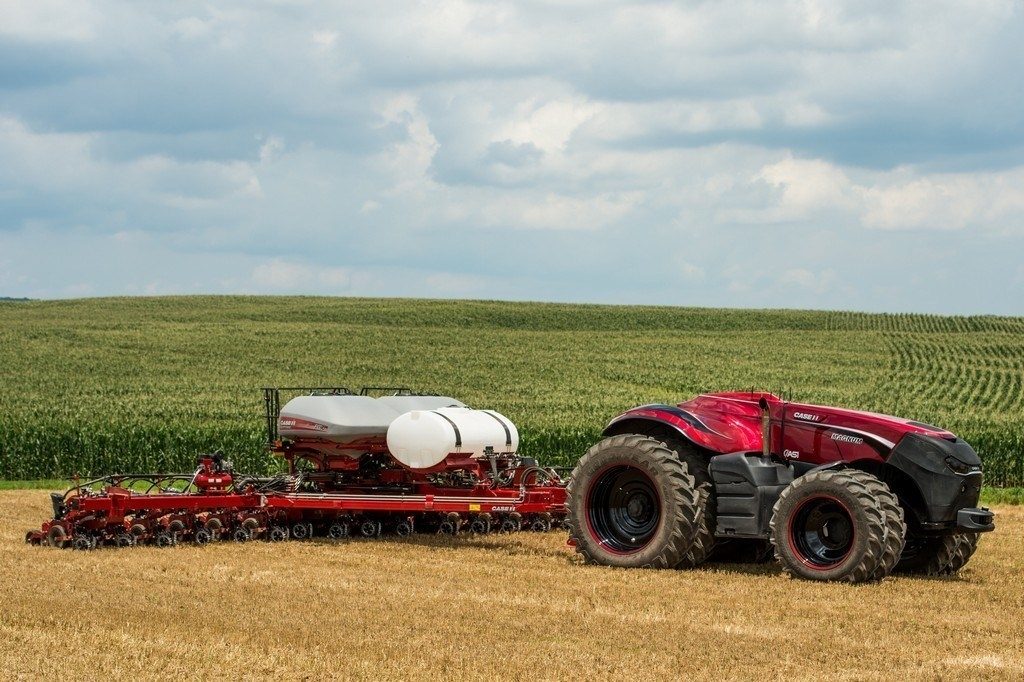 Autonomous farming equipment is programmed to move around a field using extremely accurate navigation data, but it can also be programmed to do anything else a software package trains it to do. Tasks include tilling, moving a grain cart to and from a combine, levelling the land, planting, spraying and muck spreading. The technology is still at an early stage, but already farmers in Canada reported seasonal savings of $5000. During a recent harvest, Matt Reimer, a Canadian grain producer, used his driverless tractor to unload his combine more than 500 times, it was also sent out to plough his vast fields, enabling the person who’d usually do that to attend to other jobs around the farm.

In the future, driverless machinery could be used to carry out the same tasks as any number of tractors andfarming equipment. These vehicles will enable large businesses to overcome the problem of staffing shortages and ensure smaller farmers can operate two tractors without other workers on site. The equipment will become easier to operate, with a more user friendly interface, maximizing efficiency, productivity and sustainability in farming. It is also likely that the software needed to program driverless tractors to perform more complex tasks will be available as an open source code, although the developers are likely to charge a one off fee for integrating it with a farmer’s current system.

Driverless technology in the automobile industry has not been adopted so readily and there have been some high profile accidents, but advances are continually being made by companies committed to the concept. Industry insiders have identified five key players which are set to dominate the field in years to come: Google, Apple, Daimler, Volvo and Tesla. While Apple are still applying for a license to test their products on public roads, Tesla has launched autonomous cars onto the market with mixed success. Using a laser lighting system as a radar, LIDaR technology is integrated into Tesla cars, enabling them to stay in lane and detect other vehicles. LIDaR is also used in Google autonomous car prototypes and works best on long straight roads like motorways.

Over at Daimler, last year’s demonstration of a driverless Mercedes-Benz big-rig trundling along a public road, revealed that the luxury car manufacturer has quickly upped their game using Highway Pilot technology. This package includes cameras, radar and sensors installed on an average rig, rather than a specially built truck. Highway Pilot turns it into an intelligent vehicle, capable of braking and steering, but also taking over the controls to avert an accident if the driver does not react on time.

Despite this impressive progress on long, uneventful stretches of roadway, there are limitations. Most software designed for use in a driverless car cannot work in every environment or location. Currently LIDaR needs a vehicle to be moving at 18mph before it can begin to work and when the situation becomes more complex, at traffic lights, beside a cyclist,or avoiding an animal in the road, the driver will still need to take over to avoid a collision or holdup.