It’s been about two years since Ferrari updated the California to T-spec with a 3.9-liter, flat-plane crank, twin-turbocharged engine, and we found it to be a suitable change – rewarding to drive, and compelling to experience. Now Ferrari has introduced a new handling option, which will debut at the upcoming Geneva Motor Show in March, which should add a sharper edge to the roadster. 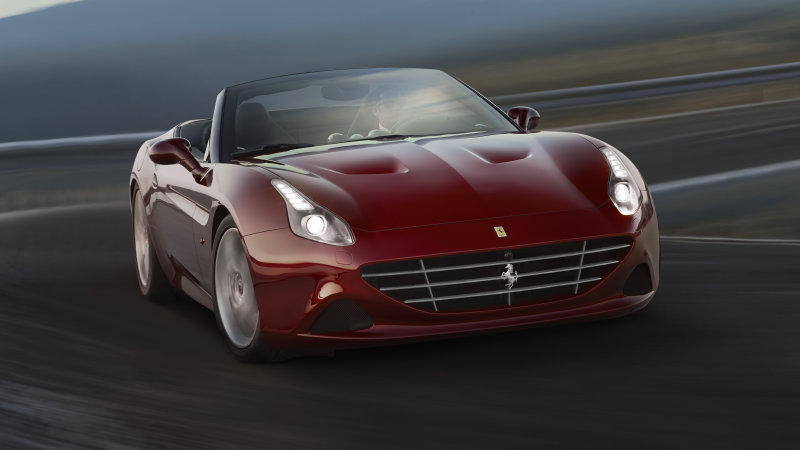 Like most handling packages, the springs and dampers get the most attention. The magnetorheological dampers fitted to the conventional California T get changes that increase their response time to changing road conditions. As before, damper settings are controlled via the steering wheel manettino, and the most aggressive change is to be found in the Sport setting. The front springs are stiffer – 16 percent up front, 19 percent in the rear – which will aid body control in all axes. Ferrari claims that, overall, the setup only marginally reduces the ride comfort. It’ll take driving a Handling Speciale-equipped car to find out.The changes go beyond just handling hardware. Shifts are faster in Sport mode, both in automatic and manual modes, thanks to recalibrated transmission logic. Ferrari’s engineers also found some additional corner exit speed by tweaking the F1-Trac stability control system’s programming. The company claims this tweak also helps with acceleration on bumpy surfaces.Cosmetically, the California Ts with the Handling Speciale package will feature a matte grille, a rear diffuser with matte-painted fences, and matte black tailpipes. A special-edition plaque, located in the cabin, is also standard,Finally, in a very Italian move, the exhaust note has been recalibrated “to underline the performance gains.” That is to say, if you don’t happen to have a skidpad handy to do a direct measurement of the increase in cornering capability – which, it should be noted, Ferrari doesn’t quantify – the sportier sound will serve as a psychological reminder. There’s no claim that the new exhaust system changes the engine’s output – cars so equipped make the same 553 hp at 7500 RPM as the model we tested back in 2014.