Starting today, well-heeled potential customers can apply for the privilege of forking over something in the neighborhood of $450,000 for a Ford GT. The company is taking a page out of Ferrari’s playbook and carefully selecting “ambassadors” for the brand through a web-based application process to sell the first two years production of the GT. 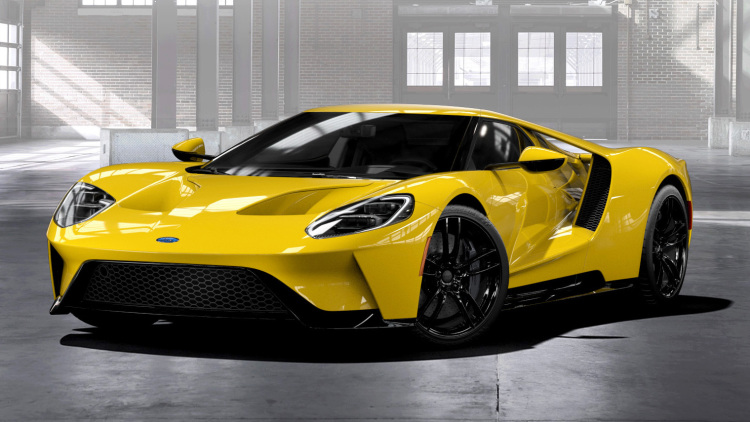 Since just 250 will be produced per year, that’s 500 GTs that will find new owners through what Ford refers to a concierge service, which will also help these customers personalize their GTs. For everyone else, the good news is that the online configurator is also live, so you can at least spec out the GT you won’t be able to buy. We like playing with these configurators too, so look for our picks soon.

As a reminder, the GT is the road-going version of the car wielded by Chip Ganassi Racing in FIA WEC. There are no official specs on horsepower or pricing, but we’re thinking 630 of the former from the EcoBoost V6 and Ford says to expect prices starting in the mid-$400,000s. The rest of the carbon fiber coupe is stunning, of course.

We were wondering what exactly it takes to make the cut in the GT application process, so we called Matt Leaver over at Ford Performance for some details. Ford’s definition of brand ambassador is essentially what you’d expect: someone who’s not going to squirrel the car away in a vault, but rather go out and evangelize for the brand. That means actually driving the thing. Being a demonstrable Ford nut won’t hurt your application either. Leaver used a hypothetical example of a business owner who, in addition to being the personal owner of some high-performance Fords, purchases large volumes of Fords for his or her company’s fleet use. That sort of doubling-down on the Ford ambassador role will be given strong consideration.

But not before the current owners are taken care of. Like we told you back in February, folks who bought the last GT new in 2005 or ’06 and held onto it until now will be given extra-preferential treatment. “We want to prioritize people who are going to care about the car, keep the car, and drive the car,” Raj Nair said at the time.

The Ford GT will be offered in a surprisingly small palette of eight exterior colors, with optional stripes in seven colors. That won’t stop us from playing with the configurator most of the day.