Mazda’s motorsports department officially finished the first example of its new MX-5 Cup racer. But while the rest of the fleet will be used in the Global MX-5 Cup championship, this initial unit has been designated for another purpose. It’s been dedicated to serve as the new pace car for Mazda Raceway Laguna Seca. 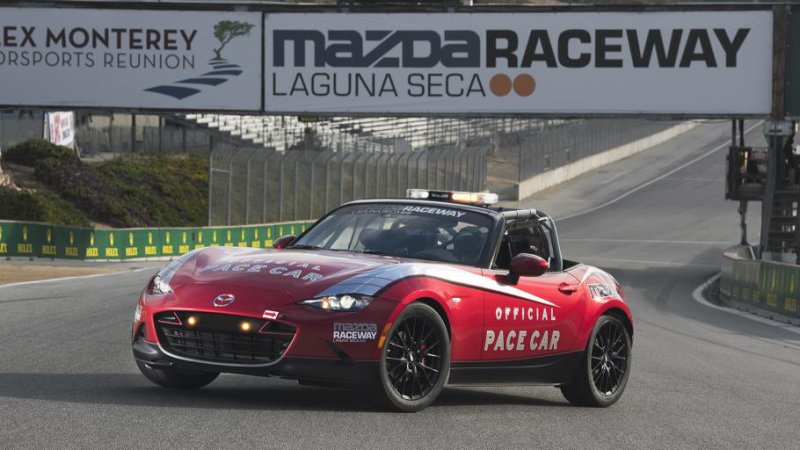 Based on the latest ND-generation MX-5, the Cup racer was previewed in racing spec this past November ahead of its debut at the SEMA show. Though we’ve still yet to see the final spec sheet, it clearly benefits from key upgrades to the rolling stock, not to mention the added roll cage, racing buckets, and more. The pace car also features emergency lighting and a livery designed by Mazda and applied by Sticky Fingers Design out of Huntington Beach, CA.

The beefed-up little roadster will join a cadre of pace cars used at the legendary Northern California circuit. Other pace cars in the fleet include a Mazda6, RX-8, CX-5, and the previous Miata. The season is winding to a close at Laguna Seca, with the Pirelli World Challenge finale and Mazda Road to Indy still set to take to the track next month.