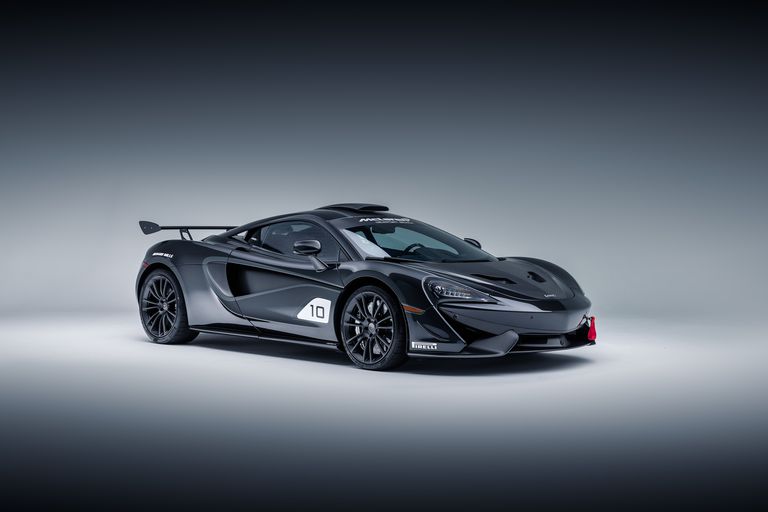 The McLaren “MSO X” was commissioned as a bespoke project to emulate the look and feel of the company’s 570S GT4 race car, but on a street-legal vehicle. Basically, it’s a 570S with a swath of track-ready upgrades, including a functional roof snorkel, front dive planes, a titanium exhaust, P Zero Corsa tires, carbon fiber bodywork, and, of course, that big rear wing, which produces 220 pounds of downforce.

All ten—yes, just ten—examples of the MSO X have already been sold and delivered to customers. Sorry McLaren race fans, you’ll have to buy a used once they start coming up for sale. They’ll surely be cheap.