The Volkswagen brand may be flying the flag for the entire group in the World Rally Championship, but it never would have gotten there if not for the success Škoda achieved with the Fabia S2000 in lower-level rallies. And now the Czech automaker has revealed the successor to that most successful model in its racing history. 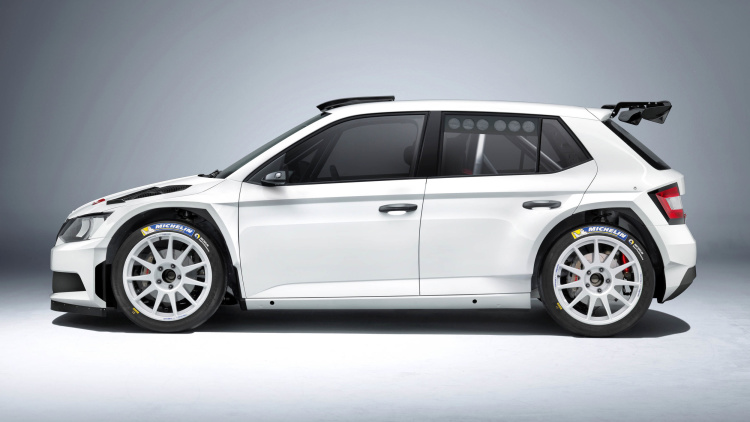 Previewed in concept form late last year, the new Fabia R5 has now completed its development process and earned certification from the FIA. It’s based on the new Fabia hatchback, albeit extensively modified for the rally stage. Power comes from a 1.6-liter turbo four, channeled to all four wheels through a five-speed sequential transmission, replacing the 2.0-liter atmospheric engine from the preceding S2000. Weight is pegged at 2,712 pounds in accordance to FIA regulations.

The Fabia R5 will be available to customer teams challenging an array of rallies and championships around the world, but has mighty big shoes to fill: The outgoing Fabia S2000 scored nearly 50 national and international rally titles since it hit the scene in 2009.