When you think about getting a different car for the family, you might think that it has to be something brand new. While a new car does have many advantages with the lower miles, there are many benefits of getting a used car. Car insurance quotes are sometimes less expensive with used cars because you usually won’t need all of the extra coverage that you would have with a new car. Your payments will often be less expensive, and the overall price of the car is often much more affordable, especially if you are looking for just a second car to get back and forth to work in or something for a teen driver. 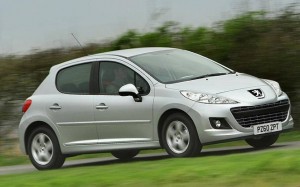 While it is nice to drive something that no one else has driven, the price is something that you should keep in mind. If you have the money in your budget, then consider getting a new car, but make sure it has a low interest rate. However, you will find that many used cars are several thousand dollars less than a new car, which might be something easier to work into your budget instead of getting a new car that has recently been put on the market.

One of the things to keep in mind when you purchase a new car is that it will lose a great deal of its value as soon as you drive it off the lot. A used car doesn’t have as much value as a new car, but there are some makes and models that will hold their value, like Honda and Toyota, making it easier to trade or sell the car if you decide later on that you want something else. When you drive off the lot in a used car, you won’t see the depreciation of the value. Some new cars have added fees from taxes and the DMV that you won’t get if you get a used car. These fees can add to a few hundred dollars that you might not think about when you purchase the car. When you buy a used car, you have a large variety. New cars come in different colors, but there are often rows of the same kind of car on the lot compared to various types of used cars that you will see.