Perhaps one of the best-known classic campervans that you will ever come across is the Volkswagen Type 2. It’s also known by various other names such as the Transporter, Kombi or Bus. The first of the Type 2s got built back in 1950 and were in production until as late as December 2013 in Brazil!

Does traveling the country in a campervan appeal to you? If so, one thing you might be considering is undertaking such a trip in a Volkswagen Type 2. The only downside is their age. If you bought a “T1” type 2, it could be anything up to 64 years old! Most people prefer to go for the T2 models built from 1967 onwards. 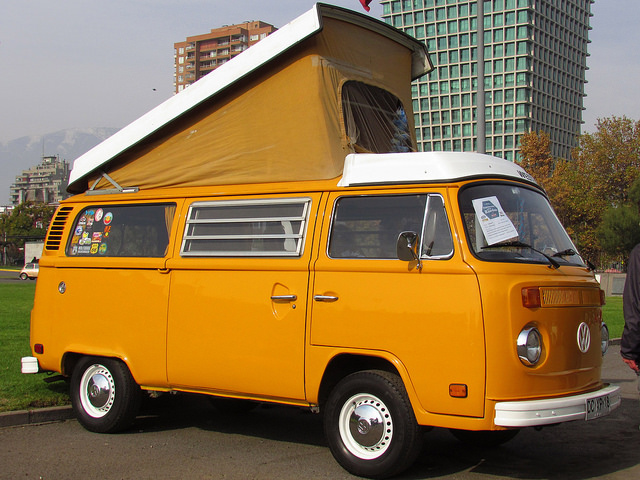 They have various advantages over the older T1 models. For instance, parts are easier to get than for the original “split-screen” models. They also have better engines; the T1 had a pitiful 1.2-liter 30 brake horsepower engine taken from the Beetle.

If you want to live the dream and own an iconic Type 2 campervan, today’s blog post will show you how to restore one. Soon you’ll know how to transform an old, tired-looking van into a roadworthy, fresh and appealing model!

Rust is the enemy

On a vehicle as old as the Type 2, you will seldom come across a model that doesn’t have rust. In fact, if you do, the campervan will have got restored at some point! There might be a pristine example in showroom condition hidden away in Wolfsburg somewhere. But, otherwise, most of the Type 2s you will come across have some rust.

Before you do anything to your new pride and joy, it is important that you locate and address any rust issues. The usual suspects include:

If your example has a lot of rust, you might not have much choice but to strip your campervan of everything until it’s just a rolling shell. Doing so will make life easier when it comes to addressing rust problems and welding new panels.

All modern cars have 12-volt electrical systems. But the old Volkswagen Type 2s had a 6-volt system. Although this system was fine at the time of production, these days it can get prone to voltage drops.

You can have your Type 2’s electrical system renewed and upgraded to the more-common 12-volt system. It costs around $400 to have this done by an auto electrician but is well worth the money.

I would also recommend investing in a new and bigger battery for your VW so that your engine is easier to start. Especially on a cold morning or if you’ve not been driving it for a while.

As I mentioned earlier, the first-generation T1 models had a paltry 1.2-liter motor at the back. The newer T2 models featured bigger engines ranging from 1.6-liter to 2.0-liter.

If you are planning to stick with the original motor, I would recommend having it taken out of your Type 2 and rebuilt. These are old engines, after all. The last thing you want to do is break down every day because of an unreliable motor!

For those of you with a need for speed, the original motors just don’t pack the punch that today’s modern engines have. What you need to do is fit a different, modern engine to your classic campervan.

I’ve heard of some people fitting newer Volkswagen TDi and TSi engines, but they need a lot of work (and money) to fit. Some of the more-popular upgrades are Subaru boxer engines, believe it or not!

They can just about fit in the Type 2’s small engine compartment because of their unique design. The reason is simple: the cylinders are horizontal rather than inline. I once saw a guy with a Porsche Boxster engine fitted. Again, they are boxer engines and so are easier to fit than inline ones.

Are you planning on fitting a different engine? If so, you will need to get, for example, Mini classics car insurance from a firm that allows modifications.

As you might expect on an old vehicle, the braking system on the Volkswagen Type 2 is pretty mediocre by today’s standards. They use drum brakes on all four wheels whereas today’s modern vehicles use disc brakes.

The good news is that you can upgrade your campervan to have disc brakes with servo assistance. Doing this is recommended if you upgrade your engine. In fact, it is essential, and you’d be nuts not to upgrade!

Disc brakes are more reliable and easier to maintain than older drum units.

In case you didn’t know, the Volkswagen Type 2 did not come with power steering. It seems weird to think of a vehicle without power steering these days, don’t you think?

Again, the good news is that you bring your bus into the 21st century with a retro-fitted power steering system. There are plenty of companies that offer the ability to do the conversion for you. A quick Google search will reveal some firms in your local area.

Well that just about wraps up today’s guide. I hope you’ve enjoyed it; thanks for reading!