31 hours is the amount of time on average that drivers across the UK can expect to spend in traffic each year. This is according to a study carried out by traffic information supplier Inrix, which is costing motorists £1,168 because of the amount of time and fuel that’s wasted and also due to higher freighting fees. 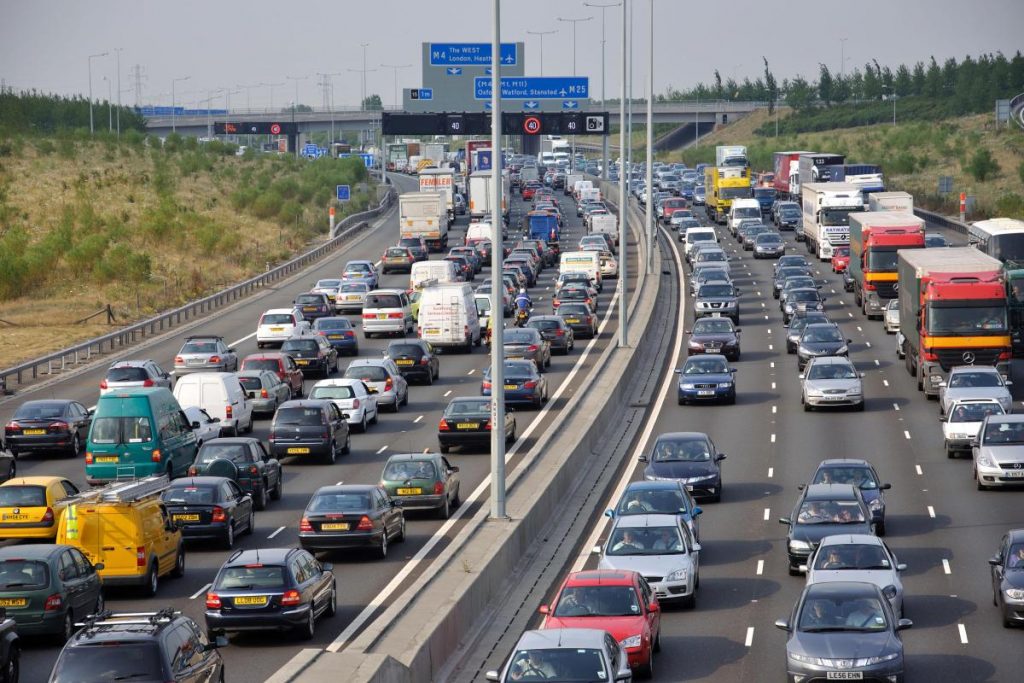 A spokesperson at the RAC, Rod Dennis, pointed out: “There is no silver bullet to sorting out congestion. Ring-fenced funding for improving England’s major roads from 2021 should help, but there also needs to be an emphasis placed on providing cheap, practical, reliable alternatives to the car — especially in urban areas.

“In the meantime, urban planners should be looking at how we can maximise vehicle flow — looking at traffic light sequencings, reducing the amount of time roadworks are live on roads and seeing what impact reducing road space for vehicles is having on journey times.”

A further aid to drivers could be them knowing the times and places to avoid due to particularly bad streams of traffic. Volkswagen servicing specialists Vindis has compiled the following facts and stats to help here…

Where in the UK is particularly bad for traffic?

This may seem obvious, but you’re at a good chance of being involved in at least one traffic jam when driving in London. According to the earlier mentioned data gathered by Inrix, the UK’s capital is the second most congested city across the whole of Europe, and drivers can face 73 hours each year in traffic.

Waiting times that chalk up into double figures aren’t just present across London, however. Manchester, Lincoln, Birmingham, Braintree, Aylesbury, Bath, Luton, and Guildford are all English destinations with waiting times between 25 and 40 hours. Motorists in Scotland won’t always have clear roads either, with those in Aberdeen and Edinburgh expected to lose 28 hours a year due to traffic jams at peak times, while in Wales the most congested city — with 24 hours per year of waiting times — is Newport.

Traffic jams aren’t limited to just city centres across the UK of course. In fact, some of the worst instances of congestion can be found on motorways and major routes on outskirts as drivers complete their commute. Therefore, here’s the UK’s top 10 most congested roads, again gathered by Inrix:

When in the UK is particularly bad for traffic?

You should refrain from driving in the rush hour unless it’s absolutely necessary. Highlighting this point is car insurance experts Admiral, which compared the travel time of routes into various major city centres for a 9am arrival on a Monday morning when compared to 9am on a Sunday morning.

Once the results of each journey were cross referenced, it was found that Cambridge had the longest additional time. 72 extra minutes can be added to a rush hour journey there when compared to motorists driving along the same route during the quietest time of the week. This was followed by Leeds (51 extra minutes) and Manchester (47 additional minutes). The full top 10 is as follows:

Similar to when we looked at the traffic hotspots throughout the UK, time plays a part in the amount of congestion seen on major routes away from city centres too. Admiral is once more on hand to back up this point, as they conducted research to find the UK’s most congested routes. According to their data, the route from Dartford to Trafalgar Square around London is the nation’s most congested route. Motorists can expect a staggering 225 per cent increase in driving time during the morning rush hour along this stretch of road. Romford to Trafalgar Square, again in London, didn’t fare much better, with driving time witnessing a 214 per cent increase throughout the morning rush hour.

“The figures do bring home the potential time that could be saved if you travel outside of peak times,” underlined Admiral’s Motor Product Manager Jo Cox.“If at all possible, consider starting your journey and working day earlier or later. It could mean your time is spent a lot more productively.”

Traffic becomes particularly bad at certain points of the year as well. Around the 2017 festive break, for instance, following a survey of its drivers the RAC predicted that 1.25 million leisure trips would have been completed on Friday December 22nd 2017, 1.59 million on Saturday December 23rd, 1.87 million on Christmas Eve and a huge 5.3 million on Boxing Day.

We must also mention the first two weeks of the 2017 school holidays here. During this period, the RAC made drivers aware of the fact they can expect delays if they had to head out on the road. After an analysis of the travel plans of 3,176 motorists, the organisation predicted that they would have been 37 million leisure trips completed in the initial two weeks of the school holidays. This included 2.5 million journeys being made on the Friday that schools closed for the summer, 3.4 million on the Saturday and 2.8 million on the Sunday.

Hopefully by considering all of the research in this article, you’ll be able to soon begin enjoying being on the road with less traffic jams encountered and a lot less stress felt.