Subaru is releasing yet another special high performance WRX STI that’s only for its home, Japan. This time it’s a variant of the WRX STI Type RA called the Type RA-R. Though it looks very similar to the version we get in the U.S., it has some key differences. Instead of the 310-horsepower 2.5-liter four-cylinder in ours, the RA-R has a 324-horsepower turbocharged 2.0-liter four-cylinder. It also produces 318 pound-feet of torque, a fair bit more than the 290 of ours. 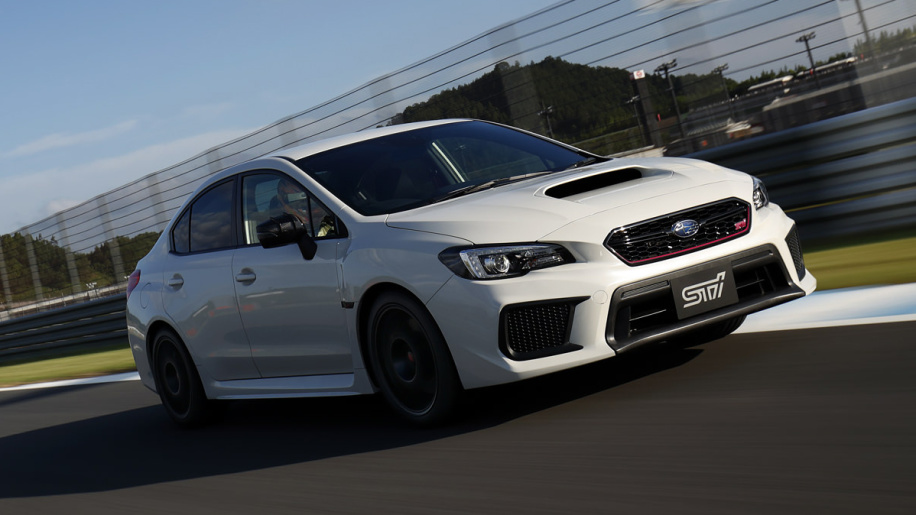 The Type RA-R also boasts additional weight savings. The company says it’s about 66 pounds lighter than the WRX STI S208, another special STI similar to our Type RA. That model was already lightened thanks to a carbon fiber roof among other additions. Interestingly, the Type RA-R doesn’t appear to have the Bilstein suspension of the S208 or the U.S. Type RA. It does still have Brembo brakes front and rear, though, with six-piston calipers up front and two-piston calipers in the back.

Visually the Type RA-R looks fairly similar to its other special edition siblings. It has the extra “Cherry Blossom” red accents in the grille and the rear diffuser. It does have the option to go without the giant rear wing, though, for people who want the performance without shouting about it. The wheels are also downsized from 19 inches on the S208 and U.S.-spec Type RA to 18 inches.

Unsurprisingly, this is a very limited edition vehicle. Only 500 will be sold, just like the U.S. Type RA. That is 50 more than the S208, though. The price before taxes is, at current exchange rates, about $41,500. Interestingly, that’s a lower price than the American model. Of course it doesn’t really matter because, as we already said, this car is for Japan only.