2014 has been a year of distinct ups and downs for the automotive industry. Like any other year, it’s had its own bumps along the way to progress. But there have also been some pretty remarkable advances that will stick in our minds for years to come. There are some parts of the year that are even bound to be hailed as milestones for some pretty big developments in the future. 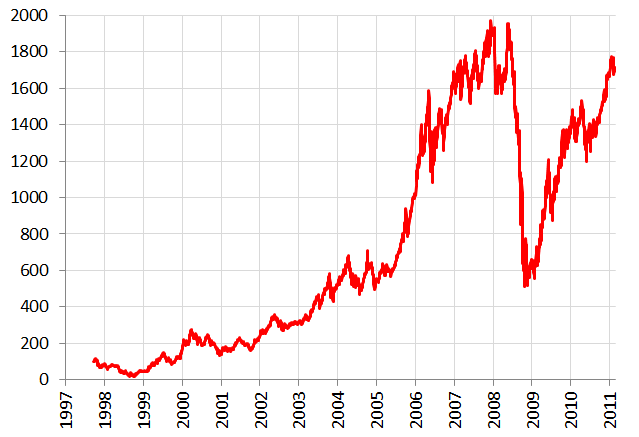 Hybrid technology may have been around for a long time. And electric technology may also have been around longer than the last year. But it was truly over the last year that the electric car picked up momentum as a viable product, with its own place in the market. Yes, last year it did incredibly well, but we can’t help but feel that 2014 was the first year that began with an electric car as a viable choice for the everyman.

New technology in the interior of cars has also begun to make itself known. The Google experiments in self-driven cars have continued, with the same predictable success. We aren’t expecting to have a self-driven car any time soon, but we are certainly happy that the basic tech is being driven forward in capable hands.

We’re also excited by the regular advances being made in more attainable technology. We’re talking about tablet technology being rolled out as standard. We’re also talking about the developments of intelligent windscreens and projection technology. There are now too many brands in this race to mention, and we’re certainly glad of that fact. 2014 has been the year that the race to produce a market leading car that incorporates such technology began. We can’t wait to see who crosses the finish line first.

There continued an interesting dynamic in the general car market this year. As technology at large progresses at such unimaginable rates, the public have a feeling that the carpet is perpetually being pulled out from under their feet.

Some can keep up and relish in the new advances and additions being bolted on at every corner. Others are reverting to nostalgia and retro value in order to get that feeling of quality assurance. 2014 was a year mired as much in this concern for classic quality as it was tied to the space race of technology.

Cars like the CooperMini retained their popularity. The brand is a benchmark of nostalgia and reliability, and so that should give you an idea of the general state of the market. Used cars have remained a popular alternative to the cost of a new vehicle, also indicating that there is an equal move towards simplicity and low-fi tech amongst drivers.

We began to see cities with a particular pollution problem recommend the reduction of traffic. There were some particular concerns, finally, of schools and old people’s residences near busy roads. After years of speculating as to the general problems that could be being created by cars, we are finally realising that the worst consequences will be felt close to home. We can see many ways that concerns such as this must be contributing to the popularity of the electric car and the slackening of the SUV and truck markets.

As always it has seemed to be fairly difficult to divine any trend in the market over the past year. Every since the recession we’ve always seen a market that is hovering precariously between boom and bust. But this year there were a few changes that have let us understand some general changes being made.

In general the market signs are positive. Across the board there are tentative signs that sales are increasing, both in the new and used car markets. This is not an astronomical rise, but it is significant given the context of the last few years and the recession at large. There have been some large recall projects, as usual, although none of these has had a catastrophic effect on any brand reputation. In general it seems that things are beginning to look up, although no one wants to be too optimistic quite yet.

Back In The News

One of the most exciting developments for those in the auto industry was the reintroduction of cars into the news. Motorsports in general enjoyed a popular year, but there were several other developments to thank for having cars back in the news. Technology is probably the biggest driving factor in this regard.

Many of the technological advances made in the year, whether they are yet suitable for the mainstream market, have made the news. New technology, particularly robotics and artificial intelligence, are very much in the public interest at present. As a result, all of the new developments have been pulling the automotive industry out of the back lot and back into the public eye. It is perhaps this thirst for new technology that has driven worldwide rises in the sales of new vehicles.

In many ways 2014 was a year like any other. It has had its own ups and downs, a series of scandals and recoveries. But more than that is has demonstrated the capacity for the auto industry to adapt and grow sustainably. It has demonstrated that in a competitive world, it can be a huge factor in driving public interest. It has established itself to be a part of the litmus test for global economic recovery. And it has also shown that we can positively work to improve public health through private enterprise.