Manufacturers look for any reason to create special-edition vehicles. Birthdays, anniversaries, deaths, records, motorsport achievements, auto shows, anything that gives a dash of legitimacy to throwing some badges and contrast stitching on a vehicle and limiting its release. 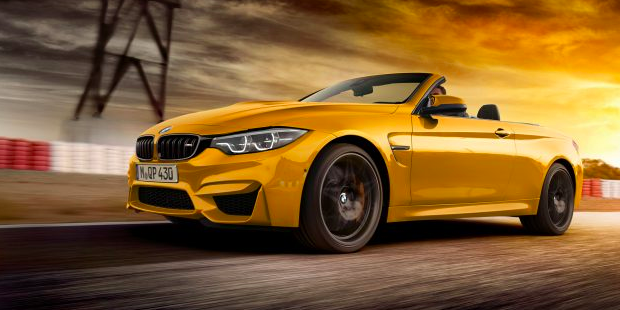 The “unique” vehicles keep attention on the company, make a few customers feel special and loved, and present opportunities to make some extra cash. The most recent example is the BMW M4 Convertible Edition 30 Jahre (30 Years), in homage to three decades of open-top M performance driving.

The BMW E30 is widely considered not only one of the best BMWs, but one of the best driver’s cars ever made. Some might not know, however, that it also served as the platform for the first droptop M car, the 1988 M3 convertible. An M3 convertible is no longer part of BMW’s current lineup, though, because the two-door variants of the 3-series adopted the 4-series name during the current, sixth generation. The ethos now lives on in the M4 convertible, which today serves as the platform for a new limited-edition vehicle honoring the ’88 M3 convertible.

The Edition 30 Jahre treats customers to a host of performance upgrades, starting with the M Competition package (a $4250 option here in the United States). It boosts power from the turbocharged 3.0-liter inline-six to 444 horsepower and sharpens the steering ratio for quicker turn-in. The 30 Jahre also has an M Sport exhaust, an adaptive M suspension, and BMW’s Active M differential.

This special edition is available in two colors, both nods to the past. The Macao Blue metallic paint honors the original launch color of the M3 convertible, while the Mandarin II paint color is meant to call back to the second-gen M3 convertible’s available Dakar Yellow. BMW has additionally spruced up the M4 with matte Orbit Grey 20-inch wheels, High Gloss Shadow Line kidney surrounds, and M side gills.