How many automakers have loaded up how much ammo and taken how many shots at the BMW 3 Series? Yet here we are, decades on and at least a decade away from the 3 Series’ halcyon days, waiting for someone to give the sport sedan something beyond a flesh wound. In this most recent episode of Head 2 Head, Johnny Lieberman goes to Spain to figure out if the Jaguar XE is the sedan to do it. 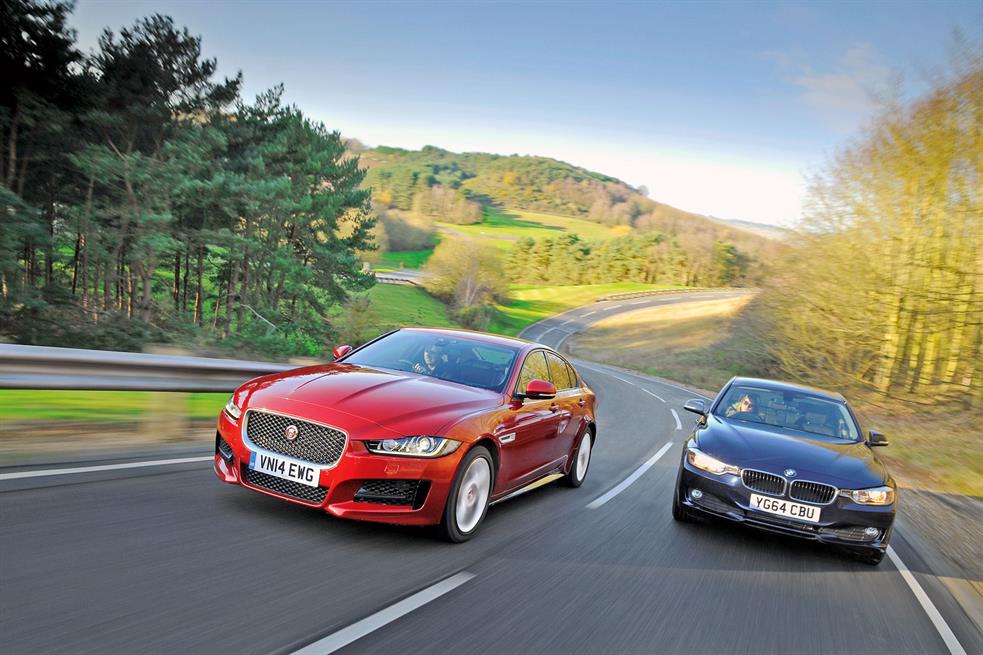 Here the champion wears the guise of the 335i M Sport, powered by a 3.0-liter, turbocharged, inline-six with a square 300 horsepower and 300 pound-feet of torque run through a ZF eight-speed transmission. After a short time behind the wheel Lieberman quotes from a familiar hagiography, saying it’s evident “just how great this car is and why it defines the segment.”

The all-aluminum challenger from Jaguar comes in XES trim, meaning a 3.0-liter, supercharged V6 with 340 hp and 332 lb-ft. It uses the same eight-speed transmission as the BMW, but with different programming. According to the specs in the video, some of which are manufacturer estimates, the Jaguar is heavier, more expensive, and much thirstier at the pump. Away from the spreadsheet, Lieberman holds that the XE looks better and feels more special inside. In case you’re wondering, the comparo was done before MT could get its mitts on the 320-hp BMW 340i.

Lieberman says the English company spent its money on the XE suspension and it shows, but there have been other efforts from other automakers with excellent dynamic chops that weren’t enough to threaten the BMW. His final assessment is that one of the two cars is awesome, and one is quite a bit better. Watch the video to find out which is which.