Squealing brakes are as annoying when riding a city bus as they are when driving a sports car. But Porsche’s engineers want you to know that you shouldn’t worry, even if it is grating. 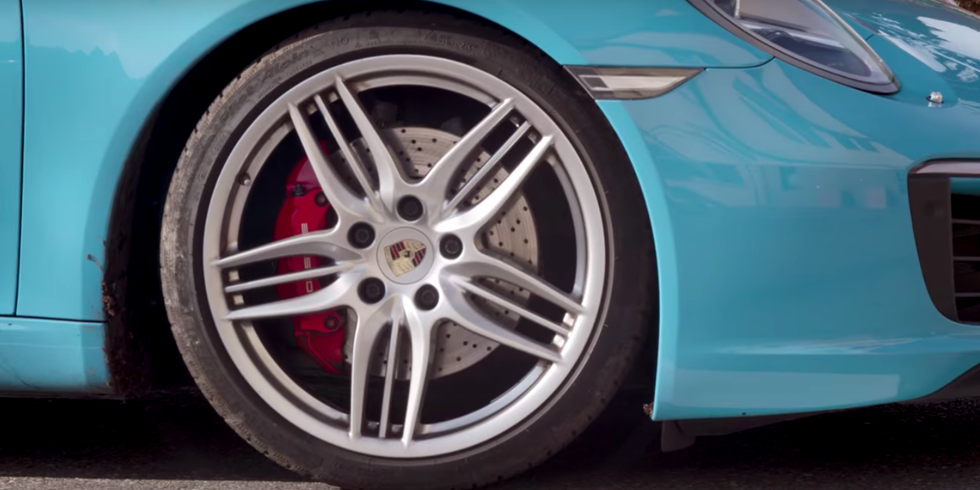 The German company has produced a short yet fairly thorough video on the subject, presumably so dealerships can send or show it to customers to mitigate complaints about the phenomenon. The narrator essentially offers two solutions: Accept it because Porsche brakes are the best in the world, or drive faster all the time.

The reality is that cold brakes in any car can squeal at low speeds. The pads and the rotors won’t reach operating temperature without repeated stops from moderate cruising speeds—or if they’re carbon-ceramic brakes, without hard pedal applications at much higher speeds.

The video relies on graphs, charts, 3D renderings, and other geeky stuff we love to make its point. It’s true that your neighbor’s 2006 Toyota Corolla probably doesn’t squeal as much when tooling around town as does a new 911. The bottom line on performance brakes fitted to any high-end car is that they tend to sacrifice aural refinement and long life in return for greater stopping power and feel. It’s a trade-off we’re happy to make.