Porsche embraced turbocharging for the 911 Carrera and 718 Boxster and Cayman, but it didn’t want to lose the ultra-sharp response of its naturally aspirated engines. The solution it came up with, called Dynamic Boost, is incredibly clever—unlike a typical anti-lag system, it doesn’t dump extra fuel into the engine to keep the turbos spooling. Jason Fenske at Engineering Explained breaks it down. 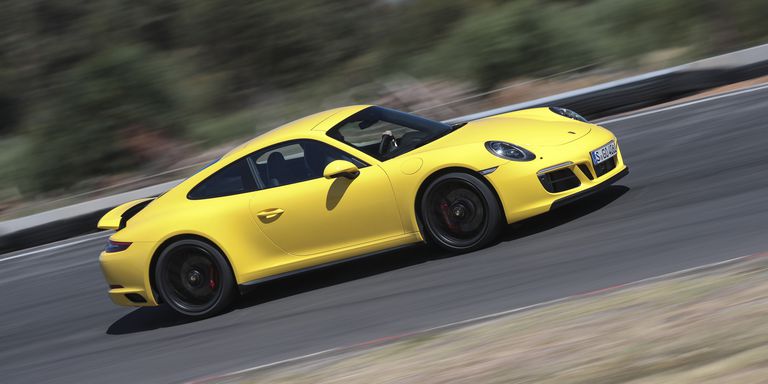 Ordinarily, when you lift off the throttle pedal, the fuel injectors stop injecting fuel and the throttle closes. Turbochargers are driven by exhaust gasses, and when the flow of air from the exhaust slows down, the turbos slow down too. When you get back on the throttle and the revs climb again, it takes a certain amount of time for exhaust pressure to build up enough to get the turbos back up to speed. We call that turbo lag.

In a Porsche with Dynamic Boost, lifting off the throttle pedal shuts off the fuel injectors, but leaves the throttle partially open. This allows more air to pass through the engine, keeping exhaust flowing and spinning the turbos even during deceleration. Dynamic Boost doesn’t get rid of turbo lag entirely, but it reduces the time it takes to get the turbochargers spooled up significantly.

As you might expect, leaving the throttle slightly open during deceleration changes how the car behaves. In a comment added to the video, Fenske explains that engine braking effect is reduced by Dynamic Boost, though he says the effect isn’t felt during normal driving, and when you’re really driving aggressively (say, on the track) you’re using the brake pedal to slow down anyway. The anti-lag system is always active, but it’s more aggressive when the car is in Sport or Sport+ mode.

The especially clever thing about Dynamic Boost is that it doesn’t require any additional engine hardware or fuel burn—it’s all controlled by the engine management system. It’s a brilliant solution to a big problem for sports cars like the 718 and 911.