Ever since it launched its first rotary-powered car in 1967, the Cosmo Sport, Mazda has gone against conventional wisdom when it comes internal-combustion engines. Today, Mazda continues that tradition with Skyactiv-X, a gas-powered engine that can use spark-controled compression-ignition for significant gains in fuel economy and performance. 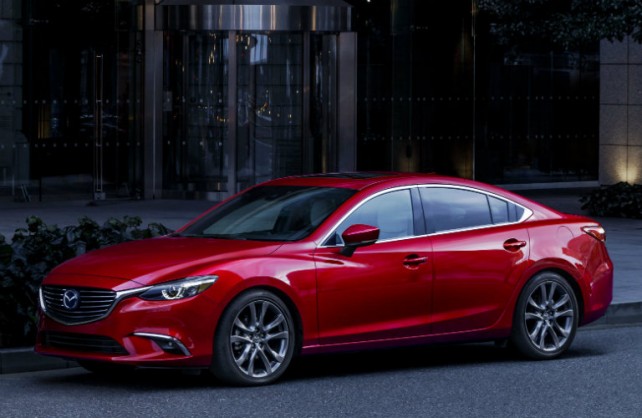 At the LA Auto Show, we spoke with Jay Chen and Yoshiaki Yamane, powertrain engineers at Mazda North America, to learn why the automaker is going all-in on Skyactiv-X. The answer, essentially, is that Mazda doesn’t believe in downsized turbo engines and CVTs.

Chen told us that the prevailing small-displacement turbo engine strategy is simply “trying to get great fuel economy and engine efficiency in one very small operating point.” That helps these engines post great fuel-economy numbers in testing, but not in real-world conditions. Plus, they’re just not that nice to drive, according to Chen.

“We’ve determined that CVTs and downsized turbocharging are not the solutions we want,” Chen told R&T. “It doesn’t drive like a Mazda.”

Currently, Mazda employs a range of Skyactiv-G engines, naturally-aspirated gas-burners with 13:1 compression in 1.5-, 2.0- and 2.5-liter displacements. Chen notes that, “in real-world driving, our normal Skyactiv engine still outperforms a downsized turbo both in drivability and C02 output.

“We don’t necessarily believe in what the other guys are doing,” he continued. “We believe the internal-combustion engine is here to stay, we believe our approach is better. In the past, Mazda has tried to compete with Toyota and Honda head-to-head as a mainstream headline commodity manufacturer, and we hurt from that that.”

Chen argues that Mazda’s new approach—which kickstarted in 2012 with the launch of the first Skyactiv engine—was proven successful when Toyota took a five percent stake in Mazda this past August.

“They’re actually starting to see benefits of how we do things,” Chen said. “Obviously [Toyota’s] new engine is very similar to our Skyactiv-G engine. They envy us and our ability to challenge and do things differently. Their deal is that they want to study our engine expertise.

“That’s why we’re not chasing CVTs or downsized turbos, or conventional hybrids.”

Mazda isn’t opposed to forced induction entirely. Skyactiv-X uses a supercharger, though it’s not there to increase power. In fact, Mazda calls it a “lean supercharger.”

“We avoid the term ‘supercharger,’ because people think 2.0-liter supercharger, and they have a certain power output expectation,” Chen said. “In order to achieve compression-ignition, we’re using air-fuel ratios of up to 50:1, so we need to shove more air in. So, the supercharger is actually physically putting more air and EGR back into the cylinder, plus the same amount of gas.”

Yamane explains: “Its purpose is to appropriate air into the intake, and therefore, it’s not so big.” He explains that engines with big superchargers often aren’t very fuel efficient. “This additional air supply makes close to the ideal combustion condition.”

What is encouraging, though, is that Skyactiv-X works with a manual gearbox, and Mazda will likely offer it with a stick. Currently, the company is testing this engine with both automatic and manual transmissions.

Chen told us that on the road, Skyactiv-X doesn’t feel too different from Mazda’s current engines—just more responsive. “Drive your Mazda 3 in a lower gear. Then you’ll know exactly what this drives like,” he said.

Chen and Yamane wouldn’t confirm when we’ll first see Skyactiv-X in a production car. But this engine was featured in the Mazda Kai concept car shown at the Tokyo Motor Show. This concept hatchback previews the next-generation Mazda 3, so we have a feeling that’s where we’ll see Skyactiv-X make its production-car debut.