It’s got two doors and a 2.0-liter four-cylinder engine up front, driving the rear wheels. It’s made in Japan, and as far as bang-for-your-buck goes, it’s a downright bargain. So which are we talking about, theMazda MX-5 Miata, or the Toyobaru coupe known alternately as the Subaru BRZ, Scion FR-S, or ToyotaGT-86? The answer is “yes,” and it just goes to show, roofs notwithstanding, how close these two vehicles really are to one another. 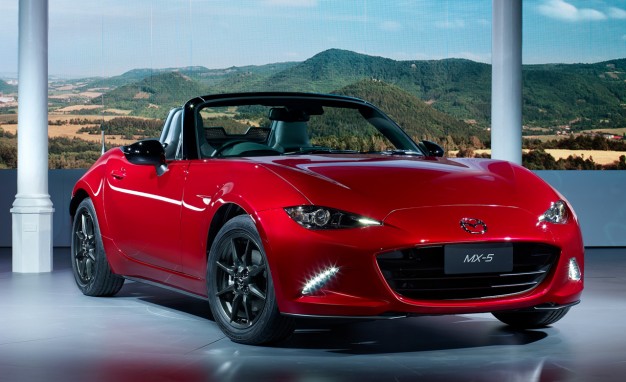 Which one is your favorite may come down to a matter of personal taste, but for its latest video, Auto Express set out to find out which laps faster around the track.On paper at least, the Toyota’s 200 horsepower will trump the Mazda’s 155 any day of the week, and twice on Sunday. Then again, the Miata does weigh a good 400 pounds less, even with the 2.0-liter engine and despite its convertible bodystyle – but is that enough to make up the difference? You’re going to have to just watch the video for yourself to find out. All we’ll tell you is that the match is pretty darn close – what you might call a photo finish, if they were actually racing each other at the same time as opposed to each racing the clock separately. So watch the video above and voice your support for your favorite little Japanese sports car in the Comments section.