After a seven-year run, the second-generation Chevy Equinox was due for retirement. Its replacement, the third-generation 2018 Chevrolet Equinox, was fittingly unveiled last September on the date of the fall equinox. After driving the new compact crossover through the Carolinas, we’re convinced that the 2018 Equinox is the strong offering it needed to be to succeed in its hyper-competitive segment. 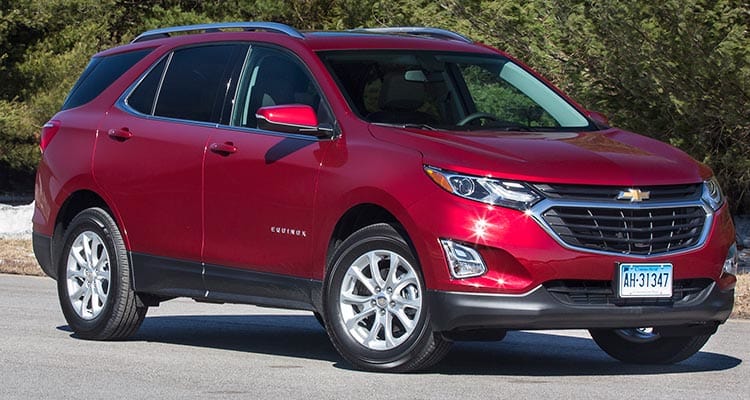 When we slowed down and drove like a regular Equinox buyer, we had time to enjoy the redesigned cabin. Like the exterior design, the inside is plucked from other Chevrolet models. This isn’t a bad thing, as it does away with the rough plastic-fantastic Equinox interior of yore. Plastic is still used liberally, but there’s a clear move toward softer touch and lower impact materials.

The infotainment and gauge cluster tech gets a much-needed overhaul as well, now utilizing the latest MyLink OS. To keep gadgets from running out of juice, there’s an impressive choice of six USB outlets, split between the front and the rear of the car. You’ll be happy for the extra outlets — each Equinox arrives standard with Apple CarPlay and Android Auto.

Remember the exterior shrinkage? Don’t fret — interior cargo volume remains nearly the same, with 63.5 cubic feet on tap. Rear passengers lose the ability to slide the seats forward and backward, but are now able to recline their row.

The 2018 Equinox can be had under $25,000, on-par with its competitors, but if you kit yours out with leather, safety systems, and the amenity-focused Premier package, the prices can surge upwards of $35,000, and that’s without upgrading the engine, That said, for those who are willing to pay the slight premium, the Equinox delivers a great package.

Although Chevy didn’t necessarily “need” to redesign the Equinox, as it still sold a whopping 242,000 units in 2016, we’re thankful they did. The 2018 Equinox feels well-planned and executed. It’s quiet, nice to drive, and is one of the stronger offerings in the compact SUV segment. With the all-new model now arriving in showrooms, don’t be surprised to see that whopper get even bigger and for the Equinox to cement its position as GM’s second-best selling model.