Earlier this year, FCA CEO Sergio Marchionne revealed that 2018 Jeep Wrangler would feature a heavy dose of aluminum, though he didn’t specify how. Now, JL Wrangler Forums says the Wrangler will use the material for the hood and the doors, citing an internal bulletin from aluminum supplier Alcoa. 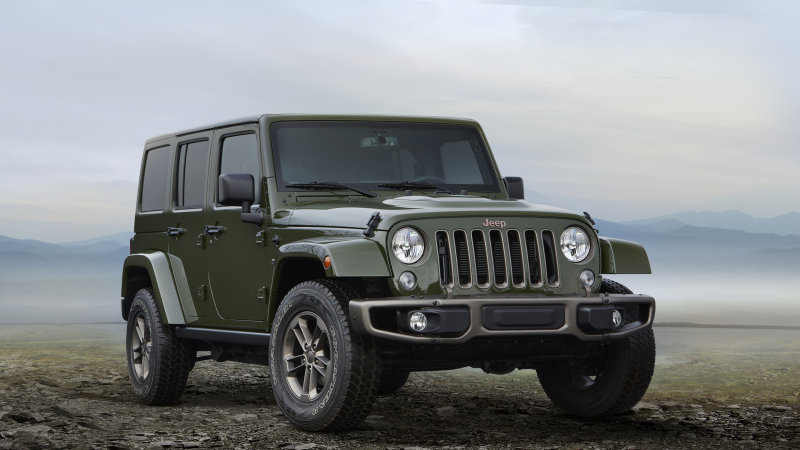 According to the forum, the company says the next-gen Wrangler will utilize Aloca’s C6A1 (an internal name) high form alloy. The SUV will also get 6022 and A951 from Alcoa that will be used on the SUV’s front and rear doors, as well as for the hood.

Alcoa’s C6A1 is the company’s new high form alloy, while its 6022 alloy sheet can be found on things like a car’s hood, door, or closure panels. Alcoa’s A951 is the company’s pre-treatment aluminum sheet bonding technology that it uses on automobiles.

As Marchionne pointed out earlier this year, the 2018 Wrangler won’t be made entirely out of aluminum. So Alcoa’s contribution to the upcoming SUV’s doors and hood could be the only components that use the lightweight metal – or Jeep could be using another aluminum supplier for other parts.

Large changes lie ahead for the 2018 Wrangler, which include a pickup version, new engines, and aluminum. But we do know that the next Wrangler is that it will be built in Toledo, OH, as FCA announced plans to spend $1.05 billion to retool the Wrangler factory, while also adding another site in Illinois earlier this year.