Floyd Mayweather has a bit of a thing for supercars. Heck, he bought 100 cars from one dealershipalone. While his Ferrari Enzo is just one of many impressive cars in his collection, it’s certainly special. And it’s for sale. 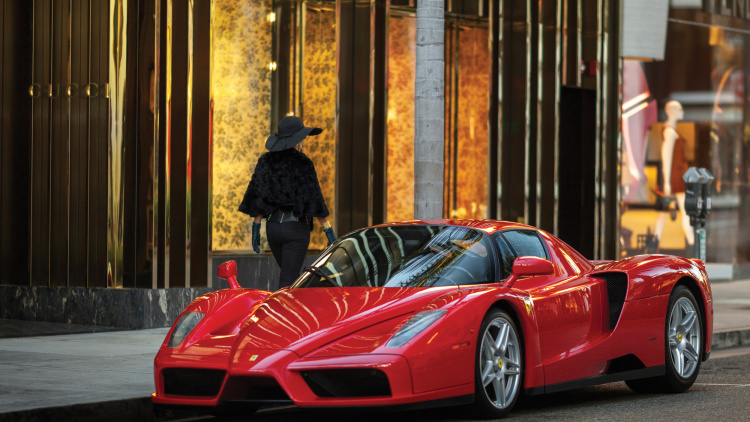 The 295th example in a run of 400 was done up in Rosso Corsa over black leather and sold new to a buyer in Dubai who barely ever drove it. Mayweather bought it from its original owner last year and put it in his collection, alongside so many other Ferraris and Bugattis. He only drove it some 200 miles, though, leaving this as one of the lowest-mileage Enzos around with just 560 miles on the odometer.Now that Mayweather is retired, he’s putting the Enzo up for auction, consigning it to RM Sotheby’s for its upcoming Driven By Disruption sale in New York next month. The record for the highest price paid for an Enzo at auction currently stands at over $6 million, set at Monterey this past summer by – you guessed it – RM Sotheby’s. But that was the very last example, made for Pope John Paul II, with just 111 miles on it.The next highest price (also achieved by RM) was recorded a year prior at $1.925 million. That all-black example had three owners who clocked over 8,000 miles on it. The auction house anticipates that this example will sell for $3-3.5 million. Given the celebrity provenance and low mileage on this example, we won’t be at all surprised to see it reach that amount.