Nissan is continuing to extend its leadership of the Crossover sector as the brand celebrates a number of significant developments and anniversaries over the course of 2015. 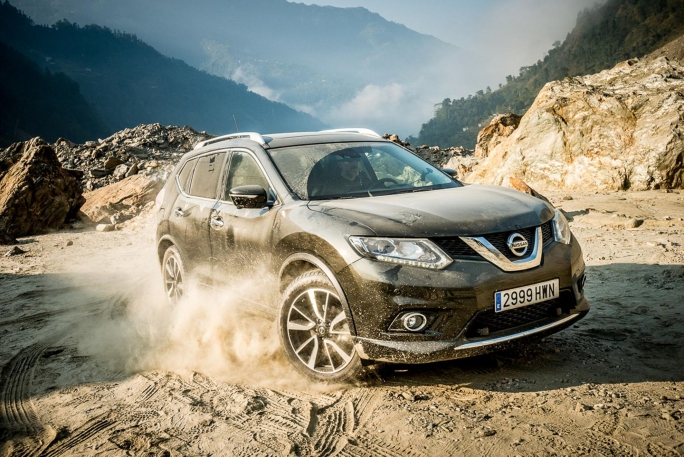 Eleven years after the original Qashqai concept car ushered in a new era in family car design, Nissan Crossovers have become award-winning and preferred choices in all the sectors of the market in which they compete. From the best-selling compact Crossover Juke to the adventure-ready, seven-seater X-Trail, Nissan Crossovers continue to pave the way for others to follow.

New Qashqai tops half a million

Thanks to strong global demand and an ever-increasing list of accolades, Nissan is once again setting new production and sales records with its second-generation Qashqai. Despite coming to the market just 21 months ago, the new Qashqai has already smashed the half million mark with the 500,000th model rolling off the production line at the Sunderland plant earlier this month.

Since production began in 2014, a new Qashqai has been built every 62 seconds, or 58 per hour, on the factory’s Line 1. The Qashqai’s unmatched package of quality, styling and technology make it the best-selling Crossover in Europe.

And it’s not just the Qashqai marking landmark achievements in 2015. The Nissan Juke continues to consolidate its position as Europe’s favourite compact Crossover – exactly five years after production began.

Extensively refreshed in 2014, with a package of design and engineering updates, the Juke has risen to become the brand’s second best-selling model after the Qashqai, and continues to captivate buyers with its bold look, high technology levels and incredible value for money.

Over the course of its five year production run, the Juke has successfully moved into the sporting arena, with headline-grabbing, record breaking models such as the Juke NISMO RS and the incredible Juke-R concept adding an exhilarating dimension to the range. The Juke-R and its latest successor, the Juke-R 2.0 are both powered by a 3.8-litre turbocharged V6 sourced from the GT-R, and perfectly showcase Nissan’s passion for innovation and driving excitement.

With the next generation freshly announced for production at Nissan’s manufacturing plant in Sunderland, UK, the Juke continues to prove the marque’s dedication to innovative engineering, manufacturing quality and Crossover excellence.

X-Trail goes from strength to strength

Launched just over a year ago, Nissan’s newest generation Crossover – the adventure-ready X-Trail – is celebrating its first birthday with its most extensive ever range.

With the recent introduction of a new 1.6-litre DIG-T 163PS petrol engine, the new X-Trail line-up offers even more choice to buyers. Offered in front-wheel drive form, the new 1.6-litre DIG-T model incorporates a host of Nissan-developed fuel-saving technologies designed to drive down running costs for buyers. With CO2 emissions of just 145g/km and fuel economy of 7.9 l/100km, the latest addition to the X-Trail range highlights Nissan’s commitment to delivering innovation at an affordable price.

Crossover technology – pioneered by Nissan and still leading the way

Nissan’s pioneering approach to quality and technology has helped put state-of-the-art systems and driver aids within reach of millions of motorists over the past decade. Although rival manufacturers have attempted to offer technologies that offer similar functionality, none have been able to match Nissan for seamless integration, simplicity and affordability.

Among the many stand-out features that continue to win industry acclaim and praise from buyers is Nissan’s Around View Monitor (AVM) with Moving Object Detection (MOD). Designed to assist with parking, the former gives the driver a virtual bird’s-eye view of their vehicle as they maneuver into a space. Moving Object Detection adds an extra layer of protection by warning the driver if something moves into the path of their moving vehicle. By detecting moving objects around the car and alerting the driver, this technology enhances safety when pulling out of a parking space, helping give drivers better awareness of their surroundings and increased peace of mind. Both of these advanced technologies are available across Nissan’s Crossover line-up (and elsewhere) and continue to set the standards for usability and value.

Nissan knows that bold thinking and innovation lay at the heart of Crossover development. That’s why the brand is pushing the boundaries once more with the Nissan Gripz Concept – a vehicle that showcases Nissan’s passion for rewriting the rulebook. Combining radical looks with a dramatic sense of adventure, the Nissan Gripz Concept takes concept design into a new and exciting direction.

The Nissan Gripz Concept not only introduces new ‘emotional geometry’ design language, it also shows the design and engineering possibilities of a future compact crossover. Powered by a Series hybrid system ‘Pure Drive’ e-Power drivetrain and featuring a dramatic 2+2 layout, the Nissan Gripz Concept perfectly blends the ability and practicality of a traditional compact crossover with the excitement and performance of a sports car.