Amongst compact SUVs, one of the more reliable choices has always been the Volkswagen Tiguan. It was a great vehicle for utility, with space and power to really lend to its strengths. On the other hand, it has never been the most exciting of drives. What about the latest model? How does it hold up? Keep reading and take a look. 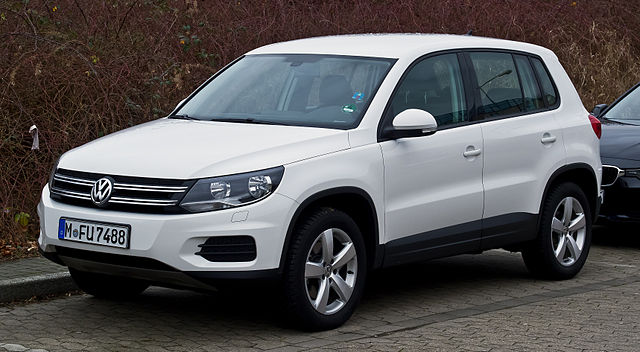 The first thing you need to look at is the change under the hood. The new Volkswagen Tiguan has taken a bit of a leap forward in that regard. In particular, it’s borrowed from one of the more impressively decked Volkswagen cars, the Passat. Now, the 237bhp 2.0-litre twin-turbo diesel engine rests in the highest bhp option of the Tiguan. With it, you’re looking at a huge top speed of 142mph and 0-620mph at 6.5 seconds. However, it’s most likely that the bulk of Tiguan drivers will go for the other options along the lines of 148bhp. All the same, you’ll get that 0-60 in around 7.5 seconds. For this car, we definitely recommend going for a diesel option as opposed to petrol.

The new Volkswagen Tiguan isn’t just powerful, either. It’s practical. It comes in four-wheel and front-wheel drive options. In the Tiguan, VW’s 4MOTION system makes its four-wheel drive option safer than ever. That’s thanks to electronic monitoring of the road condition that adapts to give you more grip when you need it. All the same, it can feel very limiting on a machine quite as powerful. You will feel like you’re fighting 4MOTION at times, but otherwise it does its job very well.

How does it feel beyond the power of those impressive engines? For the driver, it feels fantastic. You have lots of room with adjustable seats and steering wheels helping you find the perfect drive. It feels powerful but certainly compact. It’s great for a commute and finding yourself space in urban areas. As for passengers, they will feel plenty of headroom but legroom can be a bit limited. If they’re willing to cope with that, it’s a sturdy, safe car that’s great for families.

But it’s not all perfect, of course. It’s powerful, but it’s not the most exciting drive. Certainly nowhere near as zippy as the Golf can be. It’s also relatively expensive in terms of running costs, particularly with the amount fuel that you can be sure it will guzzle. But that’s to be expected. One less expected problem is that there isn’t as much cargo space as you might expect. One issue that will concern most is Volkswagen’s reported engine troubles. The new Tiguan carries the same troubles, with an estimated 37% of cars suffering engine problems down the line. So we recommend getting a good warranty on it.

As with all cars, the Tiguan has its share of problems. However, we consider them to be rather minor compared to what you get in return. If you take long journeys and you want a safe, solid vehicle, it’s well worth considering for your next car.