Porsche has just revealed the Cayman GTS, which is currently the most powerful version of the mid-engined coupe that Porsche makes. But it might not stay that way for long. These shot from Instagram user @porsche_weissach appears to show the next generation of the Cayman GT4, just sitting on the road, hanging out, with no camo on it whatsoever. 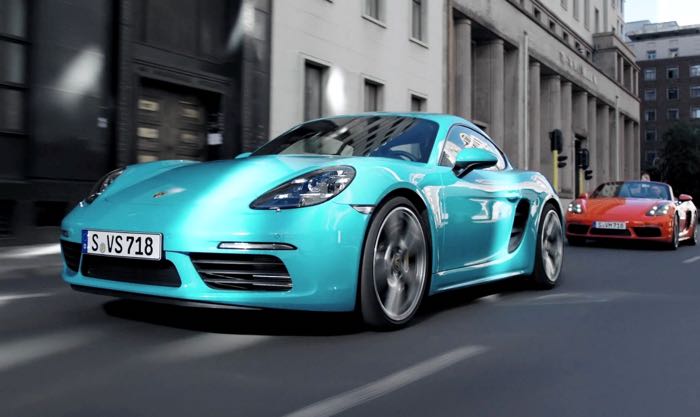 For those of you with a short memory, the Cayman GT4 was a revelation. With the 3.8 liter flat-six out of the old Carrera S, the Cayman GT4 had 385 horsepower, making it the most powerful Cayman ever. It was only available with a manual gearbox and the entire package was put together by Porsche’s Motorsport division, led by Andreas Preuninger.

You know, the guy behind the GT2 and GT3 RS, the 911 R, and a proud owner of a Hemi-powered Dodge Ram. That made it great to drive.

This new Cayman GT4 should be like the old one, but quicker and better handling. We’re unsure of what engine will be in it, but there are rumors that it will still be naturally aspirated (yay!) and could even be a version of the 4.0 liter flat-six in the 911 GT3. There is also a chance that this GT4 may have an optional PDK gearbox, much like how the new 911 GT3 is manual or PDK.