The Bugatti Veyron was a crusade begun by former Volkswagen Group CEO Ferdinand Piëch. Even though the old patriarch is no longer with the company and the astonishing coupe is rumored to have never made a cash profit, everyone understands why the car remained in the family and why a successor is on the way. The same can’t be said for the VW Phaeton, another one of Piëch’s pursuits. 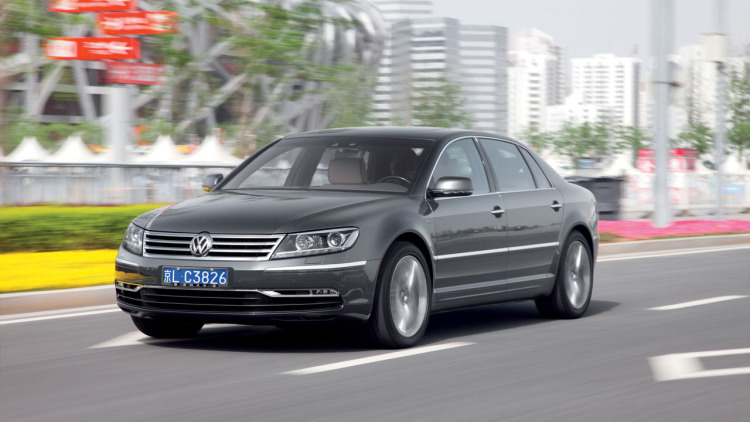 Thirteen years after the budget brand introduced the now 89,650-euro ($101,000) luxury sedan that competes with other in-house products, no one knows why it lives. Since VW made roughly 4,000 of them last year, the news that it’s being delayed won’t affect many people.

The next-generation Phaeton developed on the MLB platform is apparently ready to go right now, but Bloomberg reports that the bosses have demanded lower production and material costs before it gets a final green light. At the moment the Phaeton is put together by hand by white-gloved technicians, which might sound like a great place to start counting pennies, but again, those technicians only built 4,000 sedans last year. That’s fewer than the Eos, which is being retired for slow sales, and VW sold 3,411 Eos models in the US alone last year.

Recent hire Herbert Diess is the VW exec in charge of the cost-cutting push. The Phaeton is a grain of sand – but a very important one – on the beach he’s meant to conquer: Diess plans to raise VW brand profit to more than six percent by 2018 at the same time there’s a group-wide push to save $5.5 billion. That number would more than double the brand’s current 2.7-percent profit for 2015 so far, that current number being about half the profit over at struggling French maker PSA Peugeot-Citroën. The new Phaeton’s on-sale date had been reported as 2017 or 2018 earlier this year. It isn’t clear how long the sedan will be pushed back because of the production changes.