The small-volume 2016 Toyota Mirai is coming to California in October. That’s the news from today’s announcement of the eight Toyota dealerships in and around Los Angeles and San Francisco that will be the first to sell the hydrogen car in the US. Previously, 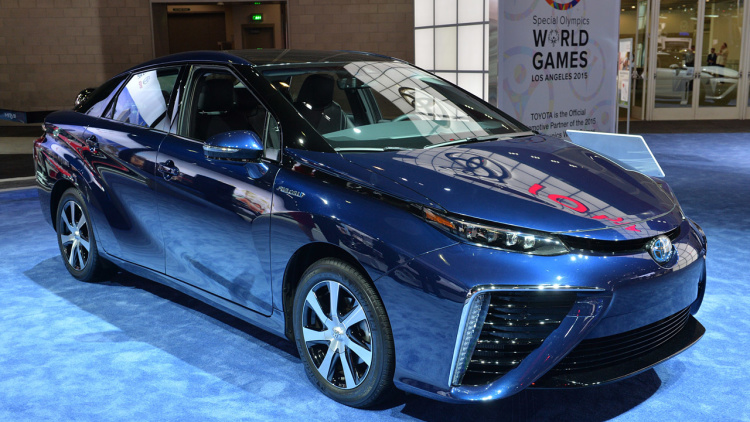 The Mirai starts at $57,500. Toyota is still talking about state and federal incentives that can bring the car to under $45,000, but the federal tax incentive for hydrogen vehicles expired in December. Toyota is asking the government to bring the incentive back. The Mirai will also be available to lease for $499 a month for 36 months (with $3,649 due at signing). Both options come with free hydrogen fuel for “up to three years.”