What you need to know about the fourth-generation Miata, the ND, was it was never supposed to get a 2.0-liter engine. Mazda engineered the ND to feel as close to the original 1.6-liter Miata as possible, which meant examining every single place the car could be smaller and lighter. Including the engine, which lead Mazda engineers to choose a 1.5-liter 130-hp four-cylinder for its sports car. 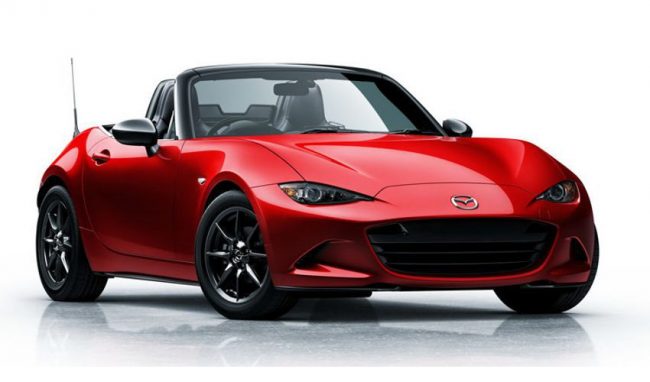 “That was the argument for the 1.5,” Dave Coleman, engineering manager for Mazda North America told me. “The best one that we’ve ever made was the least powerful. We don’t need a bunch of power, right?”

Mazda uses that 1.5-liter Skyactiv engine in other cars, but it was heavily reworked for duty in the Miata. The result, I’m told, spins beautifully to its 7500-rpm limiter and suits the lightweight character of the ND perfectly.

But Coleman knew 1.5 liters wouldn’t be enough for the US. In Japan, where traffic is generally slower and less aggressive? Sure, but not here. He strongly advocated for the 2.0-liter, and Mazda bosses relented. But, that decision came towards the end of the ND’s development, which ended up meaning the big engine didn’t get nearly as much finessing as the 1.5.

There isn’t anything wrong with the ND Miata’s original 2.0-liter—it’s got great throttle response, and a nice broad torque curve. But insiders—including Coleman—knew the 1.5 was better. Mazda put so much work into taking the Miata back to its roots, and the tiny, zingy engine was a huge part of that. So shortly after the ND launched, the engineers went back to the drawing board to give the 2.0-liter the attention it never originally got.

Mazda brought me out to California to sample the results over two days driving between Pismo Beach and San Francisco, a couple hundred miles on the roads the Miata was created for. It was a good couple of days.

The 2019 is the most powerful Miata ever. With 181 hp, it even eclipses the 2005-2006 Mazdaspeed, the only Miata to come turbocharged from the factory. This was an accident.

There’s also a new trim—GT-S. It’s essentially a more luxurious Grand Touring model with the stiffer suspension and limited-slip differential of the Club model. I still think the sweet-spot is the Club with the optional BBS/Brembo/Recaro package, which gets you gorgeous wheels, better brakes, and comfortable, supportive seats.

The ND Miata was a revelation when it came out. As the world moved towards increasingly complicated, heavy performance cars, the ND was a simple, lightweight gift to enthusiasts everywhere. A car that prioritized feel, fun, and usability over everything else. This engine bolsters what Mazda got so, so right with the ND. Few modern sports cars are so joyous, and now, it comes with a truly special engine.