It’s clear Ferrari is brewing up a faster, more track-ready 488 as a successor to the 458 Speciale. But so far, we haven’t seen anything real besides a few spy videos. Now, thanks to some allegedly official leaked documents, we might have an idea of what to expect from Ferrari’s newest mid-engine V8 supercar. 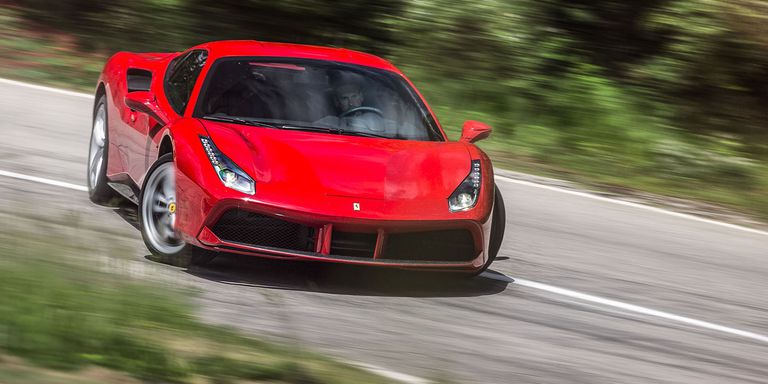 The slides outline new features and upgrades over the standard 488 GTB, including a more powerful engine, better aero, and lots of carbon fiber parts.

The powerpoint states this new 488 will have the most powerful engine in Ferrari’s history. It’s supposedly based on the company’s Challenge car engine, and 10 percent lighter than the GTB’s engine. The gearbox is said to be upgraded with a new “race gearshift strategy,” while Ferrari’s Sideslip Management System has also been updated.

One slide depicts a 488 outline equipped with carbon fiber bumpers, a carbon fiber hood, and a carbon fiber spoiler. Thanks to a GTE-inspired rear diffuser, air outlets, and and active aero, this new car is said to be 20 percent more aerodynamically efficient than the standard GTB.

Another slide explains weight savings in the interior in the form of racing seats, the deletion of the glovebox, a carbon fiber dashboard, aluminum floor panels, and a carbon fiber console tunnel. The car will allegedly come with carbon fiber wheels wrapped in Michelin Pilot Sport Cup 2 tires, weighing 40 percent less than the standard alloys.

Just a reminder: None of this information is official, and it’s possible none of it could be true—there’s no way to know for sure right now. But it does seem par for the course for Ferrari, so we have our hopes up.