In the wake of tragedy, certain people step up and rise above the sadness and loss. Las Vegas philanthropist, Don Forman, is an exemplary model of this as he partners with the FOX5 Surprise Squad to bring hope and support to his community. Don Forman, owner of a Nissan dealership in Las Vegas, Nevada and Lakada Wine Cellar, works closely with the Surprise Squad organization whose primary goal is to bring hope and light to the lives of those struggling in dark times. 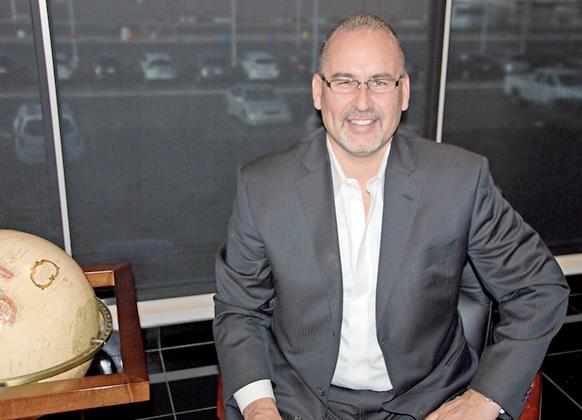 On December 16th, 2013, the FOX5 Surprise Squad started spreading their pay-it-forward philosophy. When partnered with United Nissan and America First Credit Union, the surprise squad had the means to start surprising community members throughout the Las Vegas Valley. Fortunate FOX5 viewers who get a visit from the surprise squad don’t know when or where they will show up, or what will happen once they get there; what they do know is that their life will be made better by the visit, and their faith in positivity, kindness, and the power of philanthropy will be rekindled.

Don Forman and Crosses for Losses

Individuals like Don Forman allow hope to shine through in times that seem hopeless. When he and the FOX5 Surprise Squad surprised Greg Zanis with a new Nissan truck and trailer to support his ‘Crosses for Losses’ campaign, there was hardly a dry eye to be found. Zanis was drowning in the amount of crosses needed to be made to represent those lost in tragedies, such as the Mandalay Bay shooting of 2017. He would build and deliver them in a rundown truck. As Zanis was struggling financially to build and deliver crosses, Forman and his Nissan dealership stepped up to surprise him with a brand new truck and trailer to support his efforts and reward his selflessness.

After the Mandalay Bay Resort and Casino suffered its shooting tragedy on October 1st, 2017, Don Freeman worked with the Nissan family at his dealership to ask, “What can we do to help?” What they came up with was to provide personalized shuttle service for those willing to donate blood to the many wounded victims. After this local tragedy, the Nissan dealership was not concerned with financial matters, but rather concerns of the heart and sadness for their community. Using his dealership to provide rides for those willing to help shows that not all businessmen and businesses have the sole goal of making money; some truly care about the community’s in which they live and serve.

Don Forman Las Vegas Philanthropist and owner of a Las Vegas Nissan Dealership and Lakada Wine Cellar uses his businesses and resources to spread positivity throughout his community. His partnership with the FOX5 Surprise Squad works tirelessly to improve the lives of individuals facing times of challenge and sadness. In troubled times, such as in the wake of the Mandalay Bay Resort and Casino shooting of 2017, often the only positivity that can be found is in the actions of those willing to step up, stand out, and spread love in a time when hate seems all too prevalent. Don Forman spreads a valuable message for businesses and his community: care for the people around you, and use your resources for good, especially in the worst of times.