In their most ambitious assault ever on the Pikes Peak International Hill Climb, Honda Performance Development and Honda Research and Development associates are fielding 13 vehicles in 11 different classes for the June 28 race up the 14,110-foot Colorado mountain. 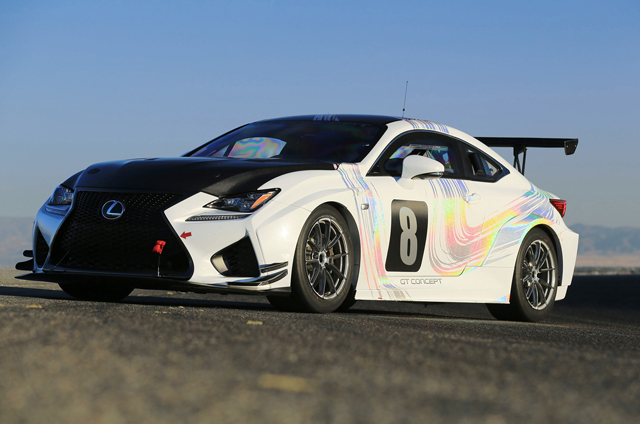 The list of vehicles scheduled to compete in the 93rd running of the event ranges from exotic to practical and features something for fans of all types of racing.

Japanese Super GT stalwart Tetsuya Yamano will pilot an all-electric vehicle that features the Super Handling All-Wheel-Drive technology found in Acura products, mated with a sleek Honda CR-Z chassis.  Acura TLX, ILX and a highly modified, first-generation NSX will compete, as will a Honda Fit EV and the Honda Fit B-spec machine that has been a consistent frontrunner in Rally America events during the last two years. The B-spec Fit will be in the hands of former Indy Lights champion and Indy 500 top-five finisher Alex Lloyd for the event.

“Honda has a unique opportunity to showcase its diversity of product by racing at the Pikes Peak International Hill Climb,’ said James Robinson, principal engineer for Honda R&D Americas. “No other mobility company on the planet can come to Pikes Peak and compete in almost every race category, while simultaneously supporting all the crews and sanctioning body through the usage of our Side by Sides and our generators. Truly, the Pikes Peak International Hill Climb is best race in the world to deliver that message.”

Honda-powered vehicles have taken at least one class victory at the legendary event in each of the last 13 years, and have captured 48 wins in all, including the overall championship last year, as Romain Dumas used a Honda engine in his Norma sports prototype chassis to beat everyone competing on the 12.42-mile, 156-turn course.

In addition to the entered automobiles, Honda associates will be running in the ATV and UTV classes, as well as in four different motorcycle classes. Riders will compete on the CRF250R as well as CBR 300, 600 and 1000 models.

Extending its event support beyond the race track, American Honda Motor Co., Inc., will serve as a corporate sponsor of the Hill Climb for the third consecutive year. In addition, Honda Powersports will continue as the official ATV/UTV of the race, showcasing its latest products in support of the event.

Honda established operations in America in 1959 and now employs more than 39,000 associates in its North American sales, R&D and manufacturing operations, with total capital investment in North America exceeding $22 billion.

Eight Honda auto plants in the region, including four in the U.S., have the capacity to produce 1.92 million automobiles each year. In 2014, more than 97 percent of the Honda and Acura automobiles sold in the U.S. were produced in North America. Those plants today manufacture 11 different models, including four passenger cars and seven light trucks, using domestic and globally sourced parts. A fifth U.S. auto plant, the Performance Manufacturing Center, is under construction in Marysville, Ohio, and in 2015 will become the exclusive global production location for the next generation NSX supercar.

Honda also operates 16 major research and development centers in the U.S. with the capacity to fully design, develop and engineer many of the products Honda produces in North America.