McLaren has revealed a “Sport Pack” for its 570GT mid-engine supercar, giving buyers the option to add a stiffer suspension, quicker steering, Pirelli P Zero Corza tires, updated stability control settings, and new damper software. In other words, the 570GT Sport Pack is basically a 570S with some luggage space. 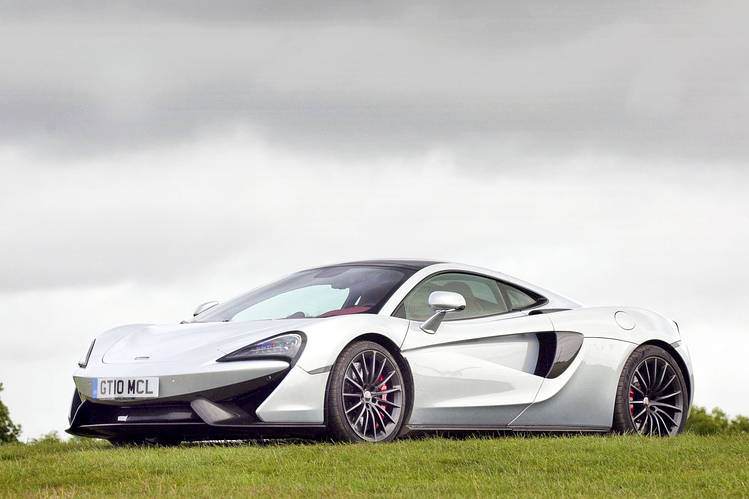 In case you need a reminder, the 570GT is angled as the grand touring, everyday driver model with real storage room, a softer ride, a high-quality interior, and more tolerable P Zero tires. According to Autocar, the Sport Pack changes things up a bit, stiffening the suspension 15 percent in the front, and 10 percent in the rear. Steering is said to be approximately two percent quicker, with tuning taken from the 570S.

So, what McLaren is done, is taken the 570GT, a car that it purposefully made more comfortable than its 570S sibling so it’d be comfortable on a longer drive, and made it less comfortable.

Additionally, starting with the 2018 model year, all 570GTs will reportedly be equipped with carbon ceramic brakes as standard (this was previously an additional-cost option).

Autocar says McLaren expects 60 percent of 570GT buyers to option the Sport Pack in their builds. If you love the looks of the 570GT, but want the performance from the more track-ready 570S, the Sport Pack may be the way to go.