LG Chem will supply China’s Chery Automobile with batteries for its next-gen electric vehicles, the mass production of which is scheduled to start from the end of this year, South Korea’s leading chemicals and batteries maker announced last week. 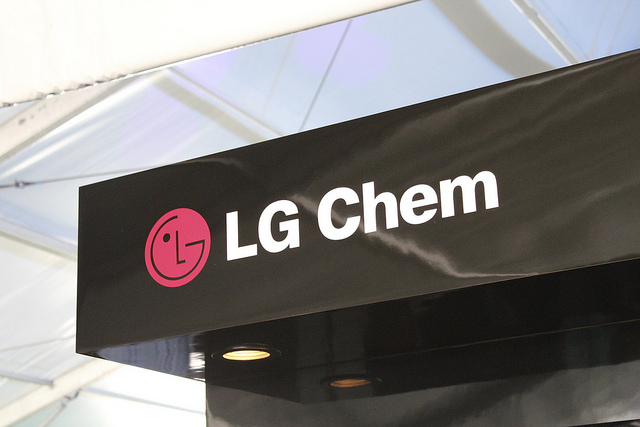 With the latest deal, LG Chem will be able to win additional orders in the future, as the two companies have agreed to strengthen mutual cooperation.

LG Chem has captured more than half of China’s top 10 carmakers, including joint ventures and local brands, gaining the initiative in the world’s largest EV market.

Chery Automobile is a Chinese automobile manufacturing company headquartered in Wuhu, Anhui Province, China. It was founded by the Government of China in 1997, and is a state-owned corporation.

The Chinese government has recently geared up for a policy called “New Energy Autos” to make eco-friendly cars more widely available by establishing charging facilities across major cities. It aims to replace more than 30 percent of new cars for governments and public agencies with EV models and other eco-friendly cars by 2016. Earlier, the government pushed the policy only in China’s major trial cities like Beijing and Shanghai. But now, it has expanded the area of policy applications to the whole country and is making active efforts to get people to buy EVs.

As China is expected to emerge as the world’s largest EV market, LG Chem has been seeking to expand its EV battery business in the Chinese market. Accordingly, the company is building a plant to produce EV batteries in Nanjing, China, with an annual capacity of 100,000 units. The operation is scheduled to start next year.