The Jaguar I-Pace, an electric crossover set to compete with the Tesla Model X, has entered production in Austria, according to a report from Automotive News. 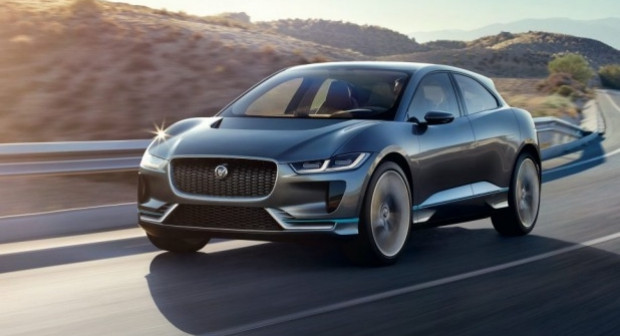 The crossover is being built by Magna Steyr, a vehicle manufacturing division of Canadian supplier Magna International. Although Jaguar engineers created the vehicle, Magna Steyr has had a significant say in the I-Pace project from the beginning.

“We were invited very early in the product development time frame in order to provide our process and manufacturing engineering proposals,” Friedrich Stracke, Magna Steyr’s president of vehicle technology and engineering, told AN. “We tried to include the right processes in the product early onWe led from the manufacturability point of view. We did this for every function—body exterior, drivetrain, body interior, body in white, paint. We did this with all functions and optimized the design.”

Jaguar introduced a concept version of the I-Pace midsize crossover last year. The model, which measured just 2 inches shorter in length than the F-Pace, boasted two electric motors that produce a total output of 400 hp. Jaguar estimated a 0-60 time of about 4 seconds, which doesn’t quite put it in the same category as the Model X, the quickest SUV we’ve ever tested. Of course, we’ll have to wait and see what’s in store for the production I-Pace.

Magna Steyr has a history of producing vehicles for other automakers. It has built the Aston Martin Rapide, and reports saythe company will also produce the sports car jointly developed by BMW and Toyota.